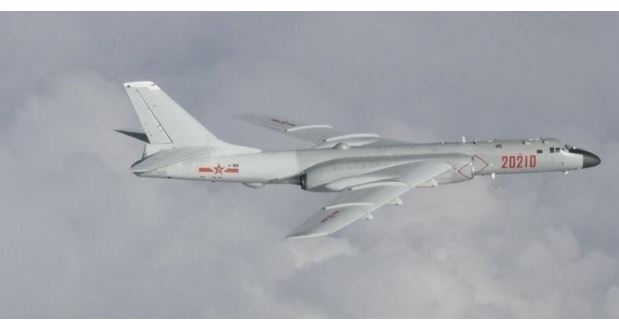 Two nuclear-capable Chinese H-6 bombers flew to the south of Taiwan on Sunday, part of a total of nine aircraft which flew in Taiwan’s air defense zone, the defense ministry in Taipei said.

The two H-6s flew into the Bashi Channel which separates Taiwan from the Philippines before flying back to China, while the other aircraft flew close to the Taiwan-controlled Pratas Islands, the ministry said in a statement.