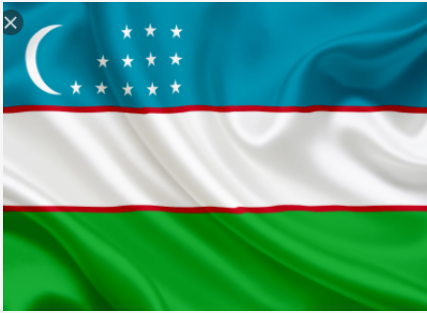 TASHKENT (DNA) –In Tashkent, at the International Islamic Academy, a meeting was held with the ambassadors of Uzbekistan abroad.

At the meeting, which was attended by Adviser to the President of Uzbekistan, Rector of the International Islamic Academy Rustam Kasymov, Chairman of the Committee on Religious Affairs under the Cabinet of Ministers Abdugofur Akhmedov and First Deputy Foreign Minister Farkhod Arziev, important issues related to the development of Ziyorat tourism in our country were discussed. country.

In Uzbekistan, which is being renewed today, is actively opening up to the world in all respects, the development of tourism is one of such important steps to attract foreigners to the world famous sights, historical and cultural sites of our country.

In turn, famous scientists of the Muslim world, such as Imam Bukhari, Imam Termiziy, Imam Maturidi, Bahauddin Naqshband, Mahmud Zamakhshari, Ibn Sina, Beruni, Farabi and others, lived and worked on the territory of modern Uzbekistan, places of worship play an important role in development of tourism in the country.

During the conversation, it was noted that our country has a wide range of opportunities not available in other countries for the development of tourism. Opening the doors to these opportunities is one of the most important challenges facing professionals.

During the conversation, it was noted that activities to develop Ziyorat tourism, which were suspended last year in the face of a pandemic, will be held on a larger scale in 2021. In particular, it was proposed to form a propaganda group, consisting of experienced representatives of the religious sphere, in order to widely disseminate in the world the rich scientific heritage of the great places of pilgrimage in our country, as well as the rich scientific heritage of such great theologians as Imam Moturidi, Imam Bukhari, Imam Nasafi, Naqshbandi and Yassavi.

The issue of organizing trips of this group to Russia, Kazakhstan, Turkey, Malaysia, Indonesia, Pakistan and other countries was also considered. At the same time, it was reported that negotiations were under way to attract pilgrims to Uzbekistan from India, Russia and Muslims of the Caucasus, Indonesia, Malaysia, Pakistan, Egypt.

At a meeting with the heads of diplomatic missions of Uzbekistan abroad, it was noted that the interest in this type of tourism in Uzbekistan among citizens of Turkey, Indonesia, Malaysia, Russia, Pakistan, China, Japan, Europe and Arab countries is very high and that good results can be achieved thanks to enhanced cooperation in this area.

Following the meeting, specific plans and tasks for 2021 were identified in the direction of the development of Ziyorat tourism and an agreement was reached on joint work with the heads of diplomatic missions of Uzbekistan on their implementation.