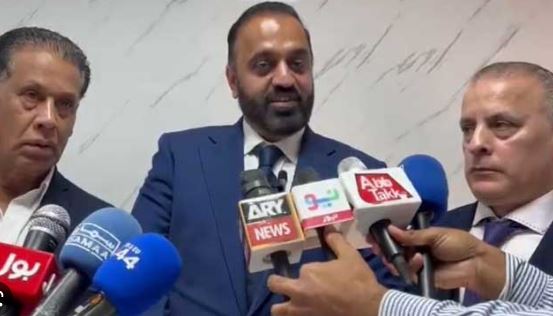 A day earlier, Minister for Information and Broadcasting Marriyum Aurangzeb while rejecting Tasneem Haider’s allegations against PML-N supremo Nawaz Sharif over “involvement in Arshad Sharif’s murder” said that he had no relation with the party.

“Tasneem Haider is not a spokesman of PML-N London,” she said in a news statement, and she added that nobody should try to become a spokesperson of the party. Marriyum said Tasneem Haider should produce evidence regarding the murder of Arshad Sharif before the Joint Investigation Team, if he had any.

She said the person, who hurled allegations in a video clip circulating in different sections of the media, was the organiser of the Pakistan Tehreek-e-Insaf (PTI)’s London chapter. “Forgery, lies and fake news cannot divert attention from the real killers of Arshad Sharif,” she stressed. =DNA