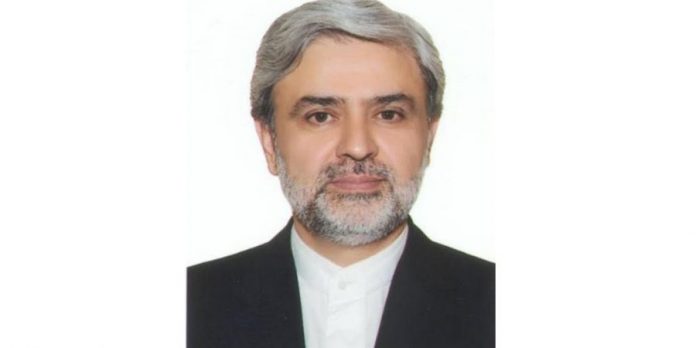 Palestine was among former Ottoman territories placed under UK administration by the League of Nations in 1922. The British Mandate incorporated the “Balfour Declaration” of 1917, expressing support for “the establishment in Palestine of a national home for the Jewish people”.  During the Mandate, from 1922 to 1947, large-scale Jewish immigration, mainly from Eastern Europe took place, the numbers swelling in the 1930s with the Nazi persecution. Benefiting from false and inapplicable slogans like “A land without a people for a people without a land”, and US absolute support, these large migrations, coinciding with plunder of Palestinian properties and infringement of their essential rights by the occupiers, finally resulted in the establishment of the Zionist regime.

Following the illegal acts of Britain during the trusteeship period, in 1948 the Zionist regime was recognized by the United States and later by other countries such as the former Soviet Union, whereas the people of the territory of Palestine were never consulted about their fate. In fact, the Zionist regime was established without allowing the native population of the territory of Palestine to exercise their right to self-determination.

The measures that led to the formation of the Zionist regime were contrary to international law. According to Article 22 of the Covenant of the League of Nations, Britain had no sovereignty over Palestine and should have allowed the exercise of the right to self-determination, namely holding a free referendum with the participation of all inhabitants of Palestine. Not only this important didn’t happen, but maximum pressures like subjugation of opponents, enforced displacement the Palestinian intellectuals, evacuation of indigenous Palestinians from their homeland and many other ferocious actions occurred against them.

Negligence of the then big powers to the Islamic countries demands for   resistance to and cease of immigrations coincided with violence against people of Palestine and lead to conflicts in the area. During this asymmetric conflict, the occupier was endowed with highest military technology and arsenals while people of Palestine just had some stones in their hands to throw. People of Palestine were losing both their land and entity and Zionists were reaching both power and lands by usurpation.

From that time, some proposals were offered to the UN to whitewash heinous crimes perpetrated by expansionist Zionists in Palestine; also different resolutions were issued to orally condemn the Zionist regime atrocities in international and regional organizations that none of them lead to a breakthrough for the sake of oppressed people of Palestine.

Organization of Islamic Cooperation (OIC) that the philosophy of its establishment in 25 September 1969 (following the criminal arson of Al-Aqsa Mosque in occupied Jerusalem) was to support Palestine, has so far miserably failed to liberate the long-persecuted Palestinians from the yoke of imperial Zionist regime due to its members divisions and negative role of interventionists. The defeat of proposed plans and ratified resolutions that supposedly wanted to bringing peace and stability for the Palestine, paved the ground for the Zionist regime to first occupy and then annex Gaza Strip and the West Bank (including East Jerusalem) that resulted in great exodus of Palestinians to other countries. Unsuccessful attempts of the UN in defending the Inalienable Rights of the Palestinian People for self-determination, national independence, sovereignty, and returning their homeland, forced the Palestinians to resort to first and Second Intifada.

From the struggle inception till today, Palestinians are yearning for international support for their need to at least oppose Zionist settlements and Zionist actions in changing the status of Jerusalem, and they are also longing for their right for realization of other internationally recognized legitimate, inalienable rights enshrined in international conventions like ICCPR(International Covenant on Civil and Political Rights) and ICESCR(International Convention on Economic, Social and Cultural Rights).

From the time that Palestine question referred to multilateral organizations till now, Islamic countries rendered some efforts to push these organizations towards full realization of Palestinian rights but due to US obliterations most of the UN decisions and resolutions came fanatically in favor of Zionists and with minimum attention to Palestinian rights. Putting aside the unjust and one-sided approaches in most of UN initiatives (From Human Rights Commission to Human Rights Council and from UN Security Council to the subsidiary bodies of General Assembly), even these minimum rights of Palestinians faced considerable impediment to reach tangible results.

These facts show that avaricious Zionists and their supporters were not even ready to grant minimum advantages to Palestinians in the above mentioned efforts. History is a good witness of the fact that how US locked Human Rights Commission because this organization was seriously condemning the brutal activities of Zionist regime in Palestinian lands. As the UN went weaker in helping the Palestinians and western countries more blind on brutalities, Zionist regime utilized further savage in violating the rights of these defenseless people. The atrocities even went severe by seeing the full support of US behind its bully approaches and infringement of internationally recognized rules and procedures.

What more deteriorated the situation for Palestinians was the passive gesture of some Arab states towards new agendas leading sweeping the question of Palestine under the rug of betrayal. One of the recent efforts for sweeping the issue was the doom Trump so-called peace plan entitled “Deal of the Century” that not only doesn’t have any landscape for prosperity and stability for Palestinians but makes Zionist regime more vigorous to claim new territories for annexation. No different looking at the Deal as a “smokescreen” for annexation or “slap of the century”; this plan won’t bring any amelioration for the already struggle stricken situation.

On August 7, 1979, the founder of Islamic Revolution in Iran and the then Supreme leader, Imam Khomeini, declared the last Friday of the holy month of Ramadan each year as Quds Day, in which Muslims worldwide would unite in solidarity against Zionist regime and in support of the Palestinians and declared the “liberation” of Jerusalem/Al-Quds a religious duty to all Muslims.

Besides this symbolic collective movement, Iran spared no efforts to comprehensively support Palestinian resistance against suppression and plunder. The main support of Iran was a spiritual one and comprises a wide range of issues from helping the Palestinian voices to be heard in multilateral forums to enforce the rights-seeking spirit of these people.  These kind of supports made people of Palestine more confident to fulfill their rights for self-defense that is well acclaimed in article 51 of the UN charter.

Considering the inefficiency and oppressive nature of previously suggested plans for the question of Palestine, Iran presents a precise and well measured plan entitled “National Referendum in Palestine” to the UN for the salvage of the issue. In this plan, Iran clearly proposes a platform that provides the grounds for the true and original people of Palestine to exercise their right to self-determination.

According to this initiative, that is in full compliance with United Nations Charter and rules of international law, particularly international humanitarian law and human rights, all the authentic people of Palestine including the followers of all religions (including Muslims, Christians and Jews) who inhabited in Palestine before the issuance of the Balfour Declaration will hold a national referendum and establish a political system by majority that will decide on the status of the non-indigenous residents of Palestine. The main requirement of this initiative, is the return of indigenous Palestinians refugee to their homeland; something that is both the request of people of Palestine and UN resolutions.

As mentioned before, Iran spared no effort to support Palestine and incurred many costs and loses during this path. During past decades Iran has suffered a lot from US unilateral sanctions, it’s illegal act of defamation and designation of Iranian defensive unit (Al-Quds Force) and terror of Iranian high ranking military officials like “Shahid Al Quds” Brigadier General Qassem Suleimani who within the context of international rules was supporting the oppressed peoples in the region and standing against terrorism, oppression and occupation. In spite of these sacrifices and hardness, the vigilant nation of Iran beside other observant consciences around the world are still firmly standing for the goal of independent, sovereign and free Palestine.

It is a source of grave concern that after seven decades, the question of Palestine is still unresolved and the international community has failed to settle this chronic complicated crisis. Considering the inattention and inefficiency of the UN in helping the Palestinians to gain their rights, Islamic Ummah should according to their Islamic mandate, consolidate and take firm stance against cunning expansionist Zionist regime that has nothing except massacre, terror, destruction, violation to Islamic sanctities and so forth for our region.

In support of Palestine and Al- Quds Al-Sharif and resonating with Imam Khomeini, we also today, like the previous years, consecrate the last Friday of the holy month of Ramadan as Al-Quds Day and proclaim the global solidarity of Muslims in support of the legitimate rights of the Muslim people of Palestine.

The writer is the Ambassador of Islamic Republic of Iran. The Article is written  on the occasion of Quds week

Multan Sultans off to flying start against Quetta Gladiators

Vote of confidence and aftermath

Azerbaijan and Pakistan share rare example of solidarity and friendship

Ceasefire on LOC Kashmir: What next?