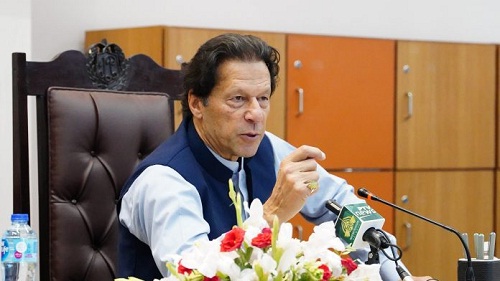 ISLAMABAD: Pakistan Tehreek-e-Insaf (PTI) Chairman Imran Khan expressed his shock over the inhuman treatment meted out to Dr. Shahbaz Gill and vowed that no stone would be left unturned to find out those responsible so as to bring them to book.

In a statement issued from PTI Central Media Department on Friday, PTI Chairman stated that all the pictures and videos clearly showed that Shahbaz Gill was severely tortured both mentally and physically including sexual abuse – most too gruesome to relate.

Imran Khan said that he was humiliated to break him down. “I now have full detailed information in this regard,” he added.

PTI Chairman went on to say that Islamabad Capital Police (ICT) police clearly stated that it did not inflict any torture. He asked: “So my question is who tortured Gill?

He said: “There is a general perception in the public at large and in our minds too as to who could have carried out the gruesome torture.”  Imran Khan made it clear that remember the public would react.

“We will leave no stone unturned to find out those responsible and bring them to justice,” he added.