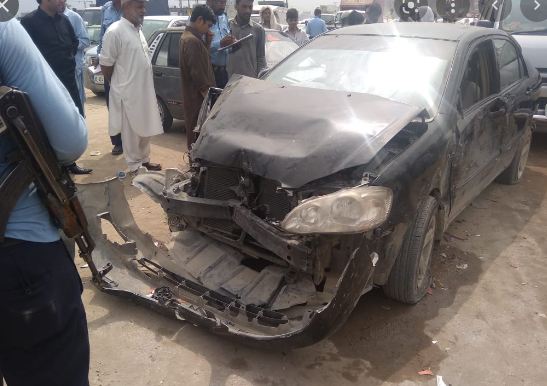 The attackers managed to flee from the crime scene. Police said that the wounded persons were shifted to PIMS Hospital. The injured persons were identified as Malik Tahir, Naveed and a driver. According to police, Malik Tahir and Naveed were owners of a private society.

Police had claimed that two armed men opened fire on Umair Butt’s car over resisting the dacoity, leaving him dead on the spot. According to police, four armed men on two motorcycles had tried to snatch the valuables from Umair Butt. After facing resistance from Butt, they had opened fire when an elderly citizen was sitting inside the car. = DNA