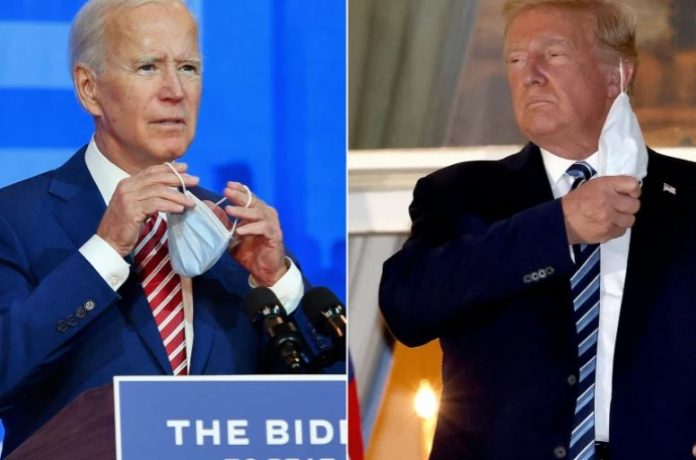 America has begun voting for its next president today, November 3

The Republican President Donald Trump is being challenged by Democratic Party nominee Joe Biden. The later is popularly known as Barack Obama’s vice-president and has been in politics since 1970.

Here we will be updating the polling results as they keep coming in.

Voters in Dixville Notch, a village of 12 residents in the state of New Hampshire, kicked off Election Day at the stroke of midnight on Tuesday by voting unanimously for Biden.

The vote and count only took a few minutes, with five votes for Biden and none for President Donald Trump, who is seeking a second term.

The tiny northeastern town in the middle of the forest, near the Canadian border, has traditionally voted “first in the nation” since 1960.

Neighboring village Millsfield also begins voting at midnight but a third village in the area, which typically follows the same tradition, canceled overnight voting due to the coronavirus pandemic.

The vote is widely seen as a referendum on Trump and his uniquely brash, bruising presidency that Biden urged Americans to end to restore “our democracy.”