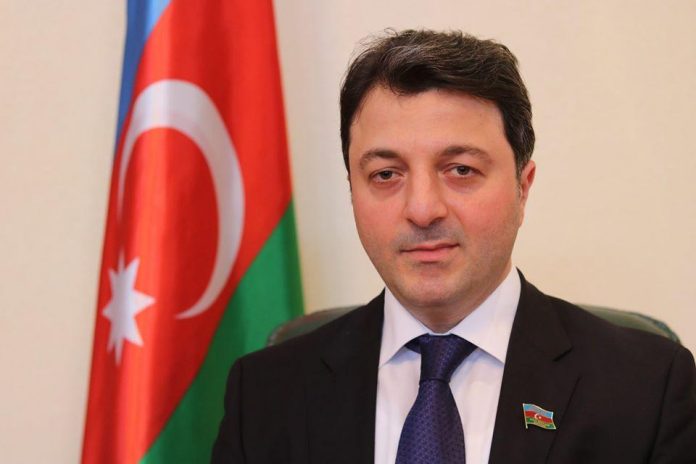 The Armenian Foreign Minister’s attempt to distort the format of the conflict is another indication of Yerevan’s unconstructive position, Tural Ganjaliyev, the head of the Azerbaijani community of the Nagorno-Karabakh region of Azerbaijan, said on July 1.

Touching upon the video conference held between Azerbaijani and Armenian foreign ministers on June 30 under the auspices of the OSCE Minsk Group, Ganjaliyev said: “During the meeting, Armenian Foreign Minister Zohrab Mnatsakanyan tried to distort the conflict and portray the Armenian community of the occupied Nagorno-Karabakh region of Azerbaijan as a ‘people.’”

He recalled that Russian Foreign Minister Sergei Lavrov used the words “Nagorno-Karabakh population” during one of his recent visits to Baku, which is a strong response to the Armenian side.

“I reiterate that the Azerbaijani and Armenian communities of the Nagorno-Karabakh region of Azerbaijan can cohabitate in peace, only within the internationally recognized borders of Azerbaijan.”

Azerbaijan and Armenia are locked in a conflict over Azerbaijan’s Nagorno-Karabakh breakaway region, which along with seven adjacent regions was occupied by Armenian forces in a war in the early 1990s. More than 20,000 Azerbaijanis were killed and around one million were displaced as a result of the large-scale hostilities.

The OSCE Minsk Group co-chaired by the United States, Russia and France has been mediating the Armenian-Azerbaijani conflict since the signing of the volatile cease-fire agreement in 1994. The Minsk Group’s efforts have resulted in no progress and to this date, Armenia has failed to abide by the UN Security Council resolutions (822, 853, 874 and 884) that demand the withdrawal of Armenian military forces from the occupied territories of Azerbaijan.