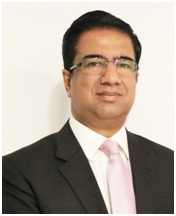 The Syrian conflict is almost a decade old now with two important players; Russia and Turkey. Turkey and Russia have negotiated several times in the past to strike a deal to control the worsening security situation of the opposition held areas in Syria, but despite all these agreements, the situation in the area,particularly in the Idlib province has only worsened that seems to continue in the future as well with no possible solution in sight.

In May 2017 an agreement has been signed between Turkey, Russia, and Iran for de-escalation of Idlib and to make this area a demilitarized buffer zone. The agreement called for the cessation of hostilities between various conflicting parties including jihadists, Turk forces, Mainstream rebels obstructing supply channels, and Russian-backed Syrian forces. The parties were forced to pull their heavy weapons out of the zone. But the agreement was never fully implemented and the situation became worse in Syria, thus resulting in hundreds of civilians killed, and the tensions between Ankara and Moscow rose to extreme.  The recent military reinforcements in Syria hint that the balance in the province is still fragile and could provoke a regional crisis.

Turkey in the Idlib

Turkey has set up 12 ceasefire observation stations in and around Idlib following the 2017 agreement that warded off a Russian-backed Syrian government offensive that threatened to collapse rebel rule in the province and force millions of refugees to the Turkish border. The establishment of these observation stations in the area  came under the deal between Russia and Turkey, however, recently after Russia’s efforts to hinder the Turkish supply chain and the increased protests against Turkish presence in Syria; Turkey has been compelled to withdraw its military forces from four observation stations mainly in the hard areas such as Morek, Sheik Aqil, Tal Touqan, and Shir Maghar and two military sites near Saraqeb that are surrounded by the Syrian forces who have recently launched an assault against the rebel in the Idlib province of Syria.

For Turkey, which shares a border with Idlib, the area along with some other parts of Hama, Latakia and Aleppo is of utmost importance. Furthermore, Ankara wants to limit the autonomy granted to the Syrian Kurdish groups that govern much of north-east Syria but are a national security threat for Turkey. Turkey has long been facing the refugee crisis due to the ongoing conflict in Syria that has caused millions of Syrian nationals to seek refuge in the country. Turkey which has provided refuge to approximately 3.6 million Syrians is worried about another influx.

Idlib holds immense significance for the Turkish leadership because the current economic situation of the country is not favorable to afford another Syrian refugee crisis. Ankara has given an ultimatum to the Syrian army to withdraw behind the line of Turkish observation posts or else military action will be taken against them.

Ankara has begun pulling back forces and equipment from its observation posts initially established to monitor a fragile ceasefire in the Syrian conflict. Some of these stations such as the Morek base in the Idlib province were long encircled by Russian-backed forces. Evacuation from these observation stations does not necessarily mean that Turkey is going to reduce the number of its troops in the area, rather it has been observed that the number of Turkish military forces is on the rise, means Turkey is not withdrawing from the area it is taking a strategic turn. Currently, Turkey has deployed troops in the area, but providing logistic and military support to the troops especially in a situation where the supply chain is obstructed due to observation stations being encircled by the regime forces have become a matter of concern for Ankara.

Russia has either blocked or severely impeded Turkey’s ability to resupply its position. On the other hand, the regime forces have also launched an offense against the Turkish forces thus provoking them to take military actions against them. Tensions between Turkey and Russia have risen after a series of talks between the two countries on Syria and Libya failed in Ankara and both the countries are now embroiled in a conflict between Azerbaijan and Armenia as well.Turkish officials claim that Russia does not want to stabilize the situation in the area for the long term and it can trigger a conflict in Idlib at any moment.

More recently, the situation at the observation posts became increasingly challenging for Turkey as the Assad regime organized demonstrations seeking to storm Turkish outposts. The attack on the Turkish check post that killed approximately 60 Turkish military personnel is a major issue in this regards that led to the withdrawal of Turkish military forces from these observation stations.  The withdrawals are related to the Turkish expectation of a new military operation by the Assad regime supported by Russia. The geographic distance is a threat to Turkey and due to the obstructed supply chain, the Turkish soldiers could become a target for the regime forces.

The latest moves in Idlib, however, cannot be separated from the wider dynamics in the Russian-Turkish relationship, which include the unfolding conflict between Armenia and Azerbaijan. Russia is backing Armenia which has been occupying Azerbaijan’s land for almost 30 years. The developments come after Turkish and Russian delegations held talks in September over the ongoing crises in Idlib and Libya, where both the countries are supporting opposing sides in both conflicts. This is a sign of further weakening of the modus vivendi between Turkey and Russia in Syria. A new war for in North-Western Syria between Russia and Turkey would be a very hard blow for both economies, which are now increasingly interconnected. By clashing with Turkey, the Russian Federation could lose an easy access to the Dardanelles and its own Syrian bases, as well as to the Bosphorus.