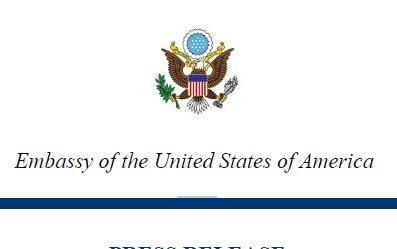 Islamabad, MAY 13 /DNA/ – Nine Pakistani women entrepreneurs left for the United States this week under a program funded by the U.S. Embassy in Islamabad and launched by The Indus Entrepreneurs (TiE) Islamabad.

The Accelerator Program for Women Entrepreneurs is an innovative training program and competition which connects women-owned Pakistani start-ups with American business tools, coaching and mentoring.

The program received an overwhelming response from 450 women-led businesses.  75 shortlisted start-ups then went through a rigorous process of mentoring workshops and pitching competitions, out of which the top 12 start-ups were selected for a 15-week Founders Institute Acceleration Program.  Out of these 12 start-ups, nine women entrepreneurs were selected for an in-person acceleration exchange.

During the visit, the women entrepreneurs will have the opportunity to attend major conferences and visit offices of major companies such as Microsoft, Amazon, Facebook, Twitter, and PayPal.  They will also visit local U.S.-based incubators such as 9 Mile Labs, Kiwi Tech, Angel Pad and Alchemist.  The participants will be provided with multiple networking opportunities throughout the eight-week period and will be pitching to selected U.S. based investors present in both the east and the west coast.

Addressing a ceremony, organized by the TIE Islamabad chapter before the departure of the Pakistani women entrepreneurs to the United States, the Minister for Information Technology and Telecommunication Syed Amin-Ul-Haque said this program provides Pakistani women entrepreneurs with access to international incubators and foreign Investors.  “I am particularly excited about the role the Pakistani diaspora in the U.S. will play in supporting our women-led enterprises,” he added.

U.S. Embassy’s Minister Counselor for Public Affairs Raymond Castillo said, “We at the U.S. Embassy have been impressed by the commitment to excellence that all of the original 500 applicants showed throughout the virtual program.  These efforts will lead to a brighter future for Pakistan and the world.  As the finalists here at this ceremony, you should be extremely proud.  Your persistence has paid off, and you will now represent Pakistan in the United States.  You are the future women entrepreneurs of Pakistan.”