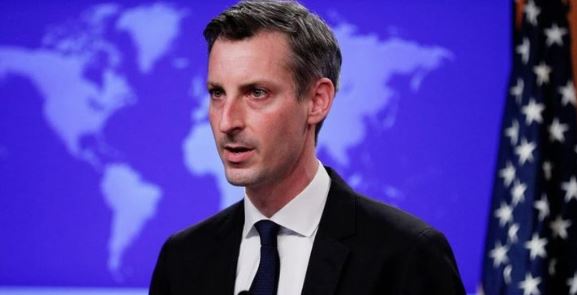 The only way to achieve a mutual return to the 2015 nuclear deal is for Iran to drop further unacceptable demands, said the U.S. State Department.

Iran has submitted its response to the European Union‘s draft text aimed at salvaging the accord, which the bloc is currently examining.

Indirect talks between Iran and the U.S., mediated by the EU, concluded in the Austrian capital earlier this month with a final draft of the agreement on the table.

Iranian Foreign Minister Hossein Amirabdollahian has said that the U.S. “verbally agreed” to two of their demands, but not the third that is related to guarantees.

Asked how the U.S. will respond to the EU’s final text, Price said: “We will share our views on the text proposed by the High Representative directly with him. We will do that privately.”

The nuclear deal was signed in 2015 by Iran, the U.S., China, Russia, France, the UK, Germany, and the EU, but Washington under the administration of former President Donald Trump withdrew from the agreement in 2018.

Tehran committed itself to limiting its nuclear activity to civilian purposes and in return, world powers agreed to drop their economic sanctions against Iran.

But the U.S.’ withdrawal from the landmark deal and re-imposition of sanctions prompted Iran to stop complying with the nuclear deal.