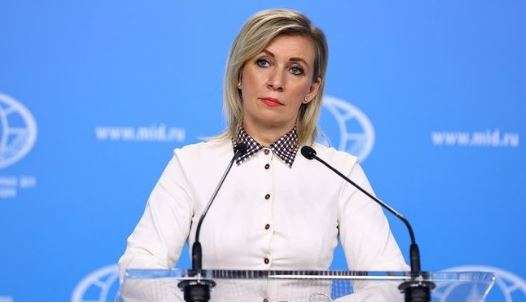 MOSCOW: U.S. intentions to “strengthen the position” of Kyiv will only lead to “the destruction of Ukraine,” Russia‘s Foreign Ministry spokeswoman said Wednesday.

“The US is supplying weapons to destroy the country that they have taken care of (Ukraine) for many years. This is such a vital contradiction. They seem to want to strengthen and strengthen, but everything leads to the opposite result… Washington’s position, which relies on inflating the conflict, leads to the destruction of Ukraine,” Maria Zakharova said on Sputnik Radio.

Zakharova further noted that many in Ukraine already understand this, adding that “the US did not plan any peace, prosperity, or democracy on the territory of Ukraine.”

“They intended to use the conflict as a springboard, as a training ground, as a tool,” she said.

The statement comes in response to remarks made by U.S. Deputy Secretary of State for European and Eurasian Affairs Karen Donfried during a briefing on Tuesday, who said that Washington intends to provide Ukraine with a “maximally strong” position by the time peace talks with Russia begin.

“We will continue to assist the people of Ukraine and provide them with support to help them defend themselves and their territory against Russia’s illegal invasion. We will do this for as long as it takes,” Donfried added.

Donfried said the referendums are “propaganda stunts to try to mask futile attempts at a land grab in Ukraine,” adding that the results were “orchestrated” and “do not reflect the will of the people in Ukraine.”

She reiterated that the U.S. will never recognize Russia’s annexation of any territory of Ukraine.

The U.S. announced on Friday an additional $725 million in security assistance for Ukraine’s defense needs.

The announcement came days after Russia conducted airstrikes across Ukraine, including the capital Kyiv.

Ukraine’s Russian-occupied regions of Donetsk and Luhansk, as well as Russian-controlled parts of Zaporizhzhia and Kherson, held referendums on joining Russia on Sept. 23 – 27.

Around 98% of voters chose to join Russia, Moscow claimed, but the results were highly disputed and dismissed by Ukraine and its Western allies.

The polls have been widely condemned by the international community, with European nations and the U.S. calling them a “sham,” and saying they are a violation of international law.