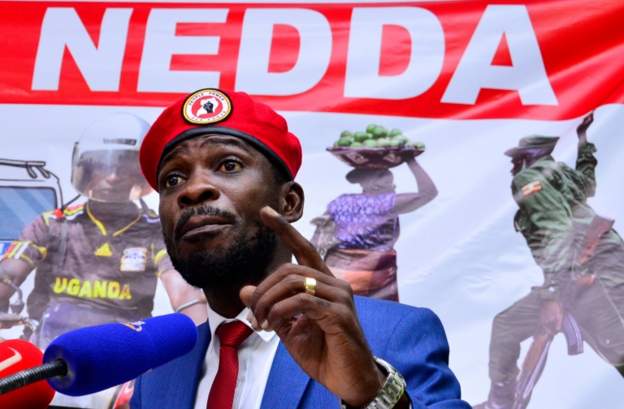 Uganda’s opposition figure Robert Kyangulanyi, also known as Bobi Wine, has said he will hold campaign rallies despite a ban by the electoral commission.

The east African nation will hold a general election in January 2021 and the electoral commission has banned mass campaign rallies to protect voters against coronavirus. It encouraged aspiring candidates to campaign through the media

President Yoweri Museveni, who is serving his fifth term of office, is eligible for a fresh term but has not announced whether he will vie.

Bobi Wine said the electoral commission’s ban on rallies was not genuine.

“No Ugandan should be fooled into believing that Museveni is doing this for the safety of Ugandans. What Museveni fears is the people,” he said.

He said the government was using the pandemic to prevent a free and fair election process.

The banning of campaign rallies means that the opposition would be disadvantaged as radio is the most popular media in Uganda and most private stations are owned by politicians in the ruling party.