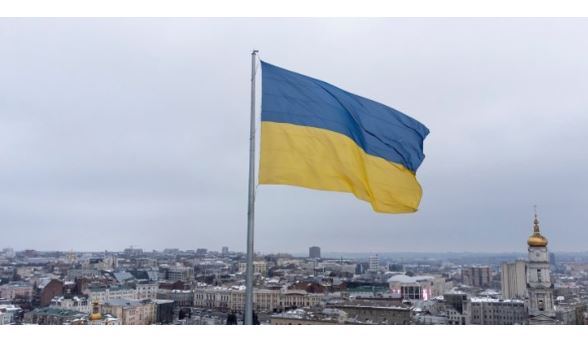 Russia and Ukraine both hailed some progress in international efforts to ease their conflict on Wednesday, but traded accusations about each other’s commitment to peace.

Ukrainian Foreign Minister Dmytro Kuleba told national television that the recent diplomatic offensive by Western allies had helped to keep a feared Russian military incursion at bay, even as tens of thousands of Russian troops remain stationed along his country’s borders.

Russia has repeatedly denied any intentions to invade Ukraine.

Kiev has become the centre of international politics in recent days, thanks to visits from Western heads of state and government, Kuleba noted.

A prepared sanctions package will remain in place even if the situation eases and will continue to hang over Russia “like a sword of Damocles,” Ukraine’s top diplomat said.

He also said that the more than 1,000 tons of ammunition and weapons delivered to Ukraine were having an effect.

“This is not the reaction [Russian President Vladimir] Putin expected,” Kuleba added.

The United States and other NATO allies have offered arms and military support to Ukraine in recent weeks. Washington is in the process of deploying almost 1,000 US soldiers to Romania to bolster NATO’s eastern flank, after relocating others to Poland.

Spain and the Netherlands have also committed to deploying military personnel and fighter jets to Bulgaria, the Defence Ministry in Sofia said on Wednesday, following reports of repeated Russian provocations over the Black Sea in recent years.

Alongside efforts to prevent a new escalation in the Ukraine conflict with Russia, the leaders of France and Germany have also been lobbying for the revival of a stalled peace plan negotiated with their help for eastern Ukraine.

Ukrainian government troops have been battling against separatist forces supported by Russia in the Donbas region since 2014, in a conflict that has cost around 14,000 lives, according to UN estimates.

Macron stressed at a joint press conference with Ukrainian President Volodymyr Zelensky that implementing the 2015 plan was the only way to settle the conflict, Peskov said. “That’s right, and it’s a good sign,” he added, according to the Interfax agency.

Meanwhile, the top Russian official accused Ukraine of not committing to the agreements laid out in the so-called Minsk process.

“There are some positive trends as well as less positive ones,” Peskov added.

Earlier Wednesday, a Russian foreign ministry official had lashed out at the West for implying that the Nord Stream 2 pipeline, which would bring gas directly from Russia to Germany via the Baltic Sea, could be scrapped as part of possible sanctions in the latest flare-up.

Deputy Foreign minister Sergei Ryabkov said the pipeline was being used as “leverage” in the Ukraine conflict at Washington’s behest.

“This is unfortunately a reflection of the existing realities in Europe and in NATO,” Ryabkov said, according to the Interfax news agency.

He argued that the European Union and NATO were not even trying to weigh their own interests properly in the long term.

During German Chancellor Olaf Scholz’s visit to the White House on Monday, US President Joe Biden said that any invasion would spell the end of Nord Stream 2.

Berlin has been slower to commit to halting the pipeline, with Scholz merely saying the US and Germany were agreed on sanctions, despite calls for a tougher stance.

Scholz said on Wednesday that he would continue to pursue a “dual approach” in the Ukraine conflict, combining dialogue with warnings to Russia.

It was necessary to act together and follow the path agreed upon by the allies in NATO and the EU, the German leader said at a joint press conference with Danish Prime Minister Mette Frederiksen.

“We together must make it very clear to Russia, that there will be severe consequences if there is an act of aggression,” he said.

Amid the border stand-off, Russian President Vladimir Putin has demanded security guarantees of NATO, namely that the defence alliance halt its eastward expansion and never admit Ukraine as a member.

NATO and Washington wrote back in response to these demands. Ryabkov said Russia was still examining the response. Putin will make an “appropriate decision,” he said.

Ryabkov once again criticized the West for supplying Ukraine with weapons, saying such supplies sought to exert additional pressure on Russia.