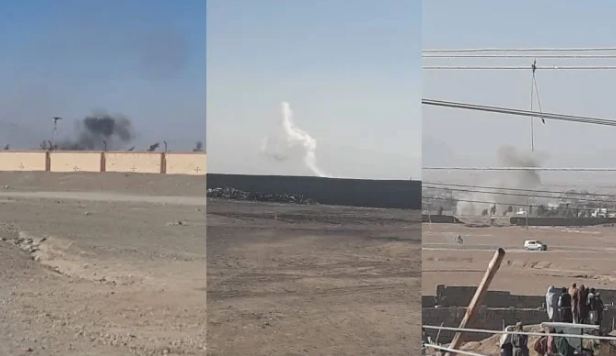 ISLAMABAD, DEC 18 (DNA): A four-member delegation of Pakistani Ulema will visit Afghanistan for reconciliation and end the cross-border hostility in Chaman since the attack by Afghan forces that killed one civilian and injured 15 others, district administration said Sunday.

It was the second time in five days — that the Afghan border forces opened unprovoked and indiscriminate fire, using heavy weapons, at the civilian area in Balochistan’s Chaman city.

Levies officials reported that multiple artillery rounds were fired upon the civilian population around the Boghra Road and Custom House areas from the Afghan side, to which the Pakistani authorities responded befittingly.

They said that the flag meeting of Pak-Afghan border security forces was postponed upon the departure of Ulema delegation.

Meanwhile, the routine affairs were restored in the civillian areas on both sides of Chaman border.

The medical superintendent said that at least nine civillians were killed and over 45 civillians were injured in the firing of artilery shells by Afghan forces from December 11 to 15.

He said that the injured in the cross-border attack are undergoing medical treatment.

Authorities said that the clashes broke out between Pakistan and Afghanistan at the Chaman border over the intervention of Afghan forces during the repair of the fence in the Sheikh Lal Muhammad sector of the border.

It was is the second time in five days that the Afghan border forces opened unprovoked and indiscriminate fire, using heavy weapons, at the civilian area in Balochistan’s Chaman city.

During the previous attack, six people were martyred and 17 others were injured, a statement issued by Inter-Services Public Relations (ISPR).

According to the military’s media wing, the Afghan border forces used artillery and mortar in the attack.

The ISPR said that Pakistan’s troops at the border gave a befitting albeit measured response against the uncalled-for aggression, but avoided targeting innocent civilians in the area.

The statement added the Pakistani border forces have also approached Afghan authorities in Kabul to highlight the severity of the situation and demanded strict action to avoid any such recurrence of the incident in the future.

However, a Pakistani security guard Sepoy Israr Mohammad had been critically injured in the attack while protecting Nizamani, the Foreign Office said.

It said that Pakistan’s government strongly condemns the assassination attempt and attack on the embassy demanding the Afghan government conduct an immediate investigation into the incident.