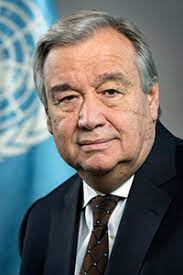 The Organization is also working in the field of education, to quickly provide distance learning solutions. UNESCO is deeply concerned by severe and unprecedented monsoon rainfall, which has caused widespread flooding and landslides in 72 districts across Pakistan since June 2022.

Around 33 million people have been impacted, and some 6.4 million people are currently in need of assistance. The floods have resulted in a significant loss of life, as well as loss of livelihoods, shelter and social and cultural life.

“First of all, our thoughts are with the families who have lost a loved one, the injured, all those who have been forced to leave their homes and with the authorities. UNESCO stands with them,” said Audrey Azoulay, Director-General.

Cultural heritage has also been damaged by the floods, including the UNESCO World Heritage sites ‘Archaeological Ruins at Moenjodaro’ and ‘Historical Monuments at Makli, Thatta’. Karez in Balochistan, a traditional irrigation system on Pakistan’s World Heritage Tentative List, the Amri site museum and the Sehwan folk and craft museum, both in the Jamshoro District, have also been reported as damaged by the recent floods.

“As part of its mandate, UNESCO will provide assistance to restore this heritage”, announced Audrey Azoulay. “Based on needs analysis conducted by our office in Islamabad, we decided to mobilize right now 350,000 dollars from our heritage and emergency funds.”

150,000 USD from the World Heritage Fund to support recovery and prevention measures at Moenjodaro and Thatta World Heritage sites, including long-term mitigation of the impact of natural disasters.

200,000 USD from the Heritage Emergency Fund for cultural heritage, cultural practices and intangible heritage elements at risk in the Balochistan, Swat and Larkana districts. Cultural practices, such as crafts and music, which are often an important source of income, have also been severely disrupted.

The UNESCO foreseen activities will aim to support not only the national response plans but also the knowledge bearers, artisans, crafts people and artists who have lost their livelihoods due to the floods on the other.

The UNESCO office in Islamabad is also working with the authorities of Pakistan to rapidly provide distance learning solutions to ensure continuity of education. UNESCO headquarters has already mobilized 50,000 USD to finance the actions will be implemented, in particular in the province of Sindh. =DNA