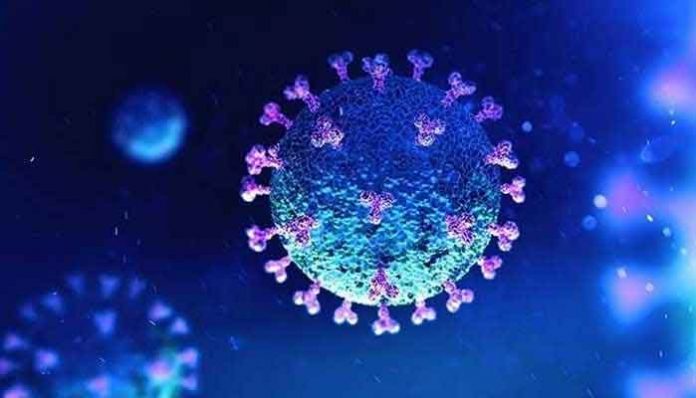 WASHINGTON : The United States on Thursday battled a resurgence of coronavirus cases in a number of states including Texas, while the World Health Organization warned that several European countries were also facing dangerous upticks.

The pandemic — which has claimed more than 480,000 lives around the world — continued to pummel Latin America. Brazil, the hardest-hit country in the region, had close to 55,000 deaths and 1.2 million infections, while Mexico on Thursday surpassed 25,000 fatalities.

In the United States, after hitting a two-month plateau, the rate of new cases is now soaring in the south and west, with the confirmed infection rate nearing levels last seen in April.

Texas was among the most aggressive states in reopening in early June.

Republican Governor Greg Abbott had been confident that Texas had escaped the worst of the US outbreak.

The United States recorded 37,667 cases and 692 deaths in 24 hours, according to the Centers of Disease Control and Prevention, with nearly 122,000 lives lost overall — by far the highest toll in the world.

Abbott was forced Thursday to halt the state´s phased reopening and moved to free up hospital beds.

“The last thing we want to do as a state is go backwards and close down businesses,” said Abbott, an ally of President Donald Trump, who has faced stark criticism for his handling of the crisis.

“This temporary pause will help our state corral the spread.”

Twenty-nine states are now facing a rebound in cases.

Experts blame a patchwork of responses at the official level, the politicization of face masks and physical distancing, and the widespread onset of “quarantine fatigue” among restless Americans.

US health officials now believe based on antibody surveys that some 24 million people may have already been infected — 10 times higher than the officially recorded figure of around 2.4 million.

They say the demographics of the outbreak are changing as younger people engage in more risky behavior out of a desire to return to their pre-pandemic “normal.”

Pushed ´to the brink´

In search of that sense of normality, a few dozen tourists braved scorching heat in Paris to climb the Eiffel Tower´s iron stairs as it reopened to tourists — without the lifts, deemed too small for social distancing.

“I´m tearing up, but they´re tears of joy,” said Therese, 60, from the southwestern city of Perpignan.

Norway, which has some of the most severe travel restrictions still in force, said Thursday it would aim to relax the measures with Schengen and EU nations by mid-July.

And in Britain, some took the new relaxed regime too far, with thousands crowding the beach in the English coastal town of Bournemouth to soak up the sun.

The local council declared a major incident and said the beachgoers´ behavior had been “just shocking.”

The joyous reopening of tourist sites and beaches was nevertheless tempered by a new warning from the World Health Organization that Europe is not yet in the clear.

WHO regional director Hans Kluge warned that in 11 nations, “accelerated transmission has led to very significant resurgence that if left unchecked will push health systems to the brink once again in Europe.”

However, Europe´s current caseload compares favorably with that of the Americas, with the US and Brazil continuing to lead the world in confirmed cases and deaths.

Governments are still struggling to balance the public health needs of fighting a virus that has infected at least 9.5 million people with the devastating global economic impact.

There was more grim news for the world´s airlines, with Australia´s Qantas announcing it was cutting 6,000 staff and Germany´s Lufthansa moving closer to a $10 billion state rescue when the plan was approved by the European Union.

The International Monetary Fund is the latest to quantify the economic harm — predicting that global GDP will plunge by 4.9 percent this year and wipe out $12 trillion over two years.

And the problems suffered by Qantas and Lufthansa reveal the pain felt in the airline industry — and more broadly, the tourism sector.

Governments have been desperately trying to keep firms from laying off staff — Spain on Thursday extended its state-funded furlough scheme until the end of September, three months longer than it had planned.

The EU gave a boost to the prospects of antiviral remdesivir on Thursday by recommending it for use — the first treatment to be given the green light in Europe.

But until a vaccine or treatment is found, experts have warned that restrictions on economic activity — and spiraling death tolls — could remain the norm.

China, where the disease was first detected late last year, meanwhile declared that it had controlled an outbreak in Beijing that had briefly raised fears of a second wave and prompted restrictions and several million tests.