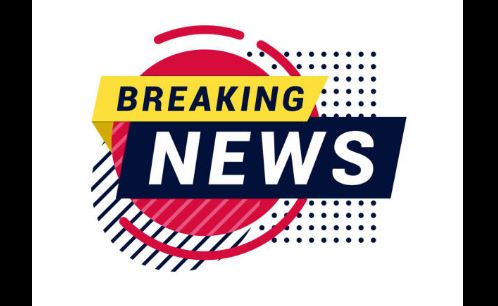 Islamabad, July 2: Consecutive increases in the US Fed interest rates have produced havocs in the macro-economy of Pakistan. It badly needs economic stimulation, support and inflows of FDIs to consolidate its draining foreign reserves, says a report published by Gwadar Pro on Tuesday.

This marks the fourth rate hike of this year. It had also increased in June and July, representing the most stringent consecutive action since the Fed began using the funds rate as a principal tool of monetary policy in the early 1990s.

Because of the role the United States and the dollar play in the global financial system, its monetary tightening has squeezed the entire world and consequently it has also affected Pakistan’s stock exchange as well as global and regional stock exchanges, money markets, consumer products etc. Precisely, stocks plummeted and crypto-currencies collapsed. There was a considerable increase in mortgage rates.

The capital outflows in emerging markets and Pakistan have become a bitter economic reality with many currencies losing value against the US dollar.

Furthermore, exchange rate parity has become a huge economic disparity as the dollar reached its historic level of Rs.250 in the open market, which has now created multiplier bad effects in the macro-economy and disturbed international repayment capacity.

Inflation has skyrocketed. Prices of essential commodities have been further soaring. Budgetary and current account deficits have been further widened, due to which the government’s spending on PSDP/social development has been further decreased and curtailed. Thus, ratios of poverty and unemployment are on the increase in the country.

As the Fed raises rates, profits on its long-term treasury bonds start going up. As yields go up, regional as well as international investors tend to shift out of assets that are perceived to be more risky, such as emerging market assets. Outflow of Foreign Direct Investment (FDI) and Foreign Portfolio Investment (FPI) from Pakistan has been on the rise after the current increase in the US Fed interest rate.

Now the dollar is appreciating against most currencies, and will likely continue to do so, which has produced a severestrain on Pakistan’s macro-economy and exchange rate parity. Pakistan is now inflicted with huge current account or fiscal deficits which are more likely to see its national currency further compromised and marginalized.

Domestic borrowing from the banking industry is constantly on the rise in the country, due to which inflation has crossed the limit of double digits.

The consecutive upward push of the Fed interest rate has now forced the State Bank of Pakistan (SBP) to take precautionary monetary and fiscal policy measures accordingly in the country. Financial borrowing has become very expensive due to which Large Scale Manufacturing (LSM) somehow has been compromised.

As a result, Pakistan’s SOEs struggled with debt issues during the pandemic, and rising interest rates of the US Fed are not going to make things easier for them. Most recently, the government of Pakistan has decided to sell-off its shares in some of the mega corporate entities to various countries in order to raise the depleting foreign reserves.

In energy markets, benchmark U.S. crude increased $1.29 to $97.99 per barrel in electronic trading on the New York Mercantile Exchange, thus there will be pressure on Pakistan’s import bill and a price hike is imminent in the oil & gas sector, which will make the lives of common people miserable.

Money market of Pakistan has become dysfunctional. Most of the money is moving out of the stock market into interest-bearing investments such as money funds and short-term Treasury securities, whose yields have been rising rapidly.

A chain reaction brought by the rise in dollar interest rates will make imports more expensive for all the developing countries including Pakistan. In Pakistan, this has already added to the inflationary burden and depressed economic growth.

Higher U.S. rates can also be a crushing burden for the Pakistani government that needs to borrow new funds to refinance existing debt, which must then divert scarce resources away from domestic needs in order to pay interest on those loans.

To conclude, the monthly “Economic Update and Outlook July 2022” of the Finance Ministry clearly indicated that the government has taken all difficult decisions to make the IMF reach a staff-level agreement for a $ 1.17 billion loan tranche.

Unfortunately, the higher interest rate followed by monetary contraction is also adversely affecting the perception of the outlook of the economy. International spike in dollar rates and domestic uncertainty depreciated Pakistani rupees to almost 11.5 percent in the first 20 days of the fiscal year 2023. These cost-push inflation drivers feed into the domestic retail prices.

The large-scale manufacturing (LSM) index is the sector that is most exposed to external conditions. As expected, LSM output contracted in May as compared to April and keeps on decreasing after the current increase of the US Fed interest rate.

Moreover, the total foreign investment compromising of FDI and FPI contracted to $1,788.9 million during the last fiscal year from $ 4,582.4 million a year before, reflecting a decline of 61per cent.