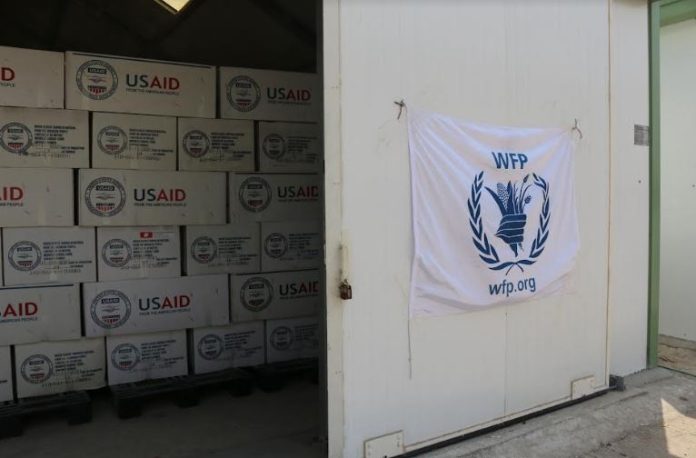 ISLAMABAD, OCT 4 /DNA/ – The United Nations World Food Programme (WFP) has welcomed a US$16.5 million contribution from the United States Agency for International Development (USAID) for its emergency response in Pakistan, where the lives of 33 million people have been upended by unprecedented floods.

“It will be a tough journey ahead for the millions of people devastated by the floods, but the United States will continue to stand by Pakistan’s side,” said Reed Aeschliman, USAID Pakistan Mission Director. “The depth and strength of the U.S.-Pakistan partnership is reflected in the immediate actions undertaken by USAID through its Bureau for Humanitarian Assistance (BHA) to support the Pakistani people during this time of great need. Our assistance is saving lives and reducing suffering among some of the most heavily affected communities. USAID remains steadfast in our support to the Pakistani people, and we will continue to support them to recover and rebuild for a brighter future.”

The Government of Pakistan is leading the response through the National Disaster Management Authority (NDMA). The Benazir Income Support Programme (BISP) is serving as the vehicle for cash-based transfers, and over 2 million people have received cash assistance across flood-affected districts in Balochistan, Khyber Pakhtunkhwa (KP), Punjab and Sindh so far.

To complement the Government response, WFP has ramped up its operations to provide food, nutrition, recovery and resilience support to 2.7 million people, including those in high levels of food insecurity across flood-affected districts. To date, WFP has reached close to 700,000 people with food and livelihoods support, and 23,000 pregnant and breastfeeding women and children with specialized nutritious foods to prevent and treat malnutrition and boost their immunity. Vulnerable groups, including persons with disabilities, transgenders and households headed by children or women are at the centre of WFP’s response.

“Pakistan, despite contributing far less to global warming than other nations, is now on the frontline of climate devastations,” said Chris Kaye, WFP Country Director in Pakistan. “The unimaginable sufferings borne by the people here is a stark reminder that it is the poorest who are paying the heaviest price of climate change. We thank USAID for its solidarity with the Pakistani people. The funding will help WFP save hundreds of thousands of people’s lives and provide them with the critical support needed to restore livelihoods and build resilience against future shocks.”

Through WFP’s field offices in the provinces of Balochistan, KP, Punjab and Sindh, WFP is coordinating with humanitarian partners to ensure an integrated response for affected communities. Working closely with USAID’s BHA, WFP has received all its relief cargo of non-food items dispatched via an airbridge to Islamabad and also Sukkur and Karachi in Sindh and is supporting transport and temporary storage of these items before they are distributed to the affected population. WFP has also supported NDMA with logistics, storage and management of its relief cargo.

In many parts of the country waters are receding. Sindh province, however, continues to be heavily affected by flooding, hindering humanitarian agencies’ ability to deliver aid and creating a public health crisis for vulnerable families. Outbreaks of water-borne diseases are now a new deadly threat, particularly for the hundreds of thousands of people who remain displaced.

With massive losses of livestock and damages to crops and agriculture land, food insecurity and malnutrition, which were already high before the monsoon, will deteriorate further. The recent Integrated Food Security Phase Classification (IPC) assessment carried out in the high-risk districts of Sindh, Balochistan and Khyber Pakhtunkhwa (KP), which were later devastated by floods, finds that nearly 6 million people are estimated to be facing Crisis (IPC Phase 3) and Emergency levels of food insecurity (IPC Phase 4) between July and November. Before the floods, the number was expected to rise to 7.2 million between December and March 2023. Now, the latest WFP and FAO assessment indicates that the number of people requiring emergency food assistance will increase to 14.6 million.

The United Nations World Food Programme is the world’s largest humanitarian organization, saving lives in emergencies and using food assistance to build a pathway to peace, stability and prosperity for people recovering from conflict, disasters and the impact of climate change.