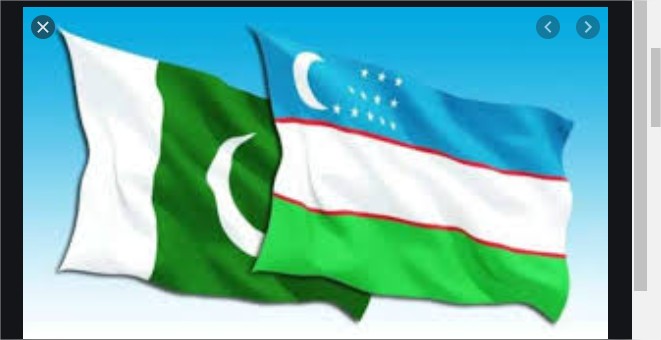 An international virtual conference on “Efforts of Uzbekistan and Pakistan in resolving the situation in Afghanistan: Prospects for mutually beneficial cooperation” has been held.

The joint event of the Institute for Strategic and Regional Studies under the President of the Republic of Uzbekistan and the Pakistani Center for Global and Strategic Studies (CGSS) was attended by the heads and leading experts of analytical and research centers of the two countries, as well as representatives of political-forming circles of Pakistan: diplomats, scientists and specialists in security and foreign policy.

The central theme of the event was the role of Uzbekistan and Pakistan in resolving the Afghan crisis. The participants of the dialogue discussed in detail the issues of economic recovery in Afghanistan, prospects for the implementation of joint projects contributing to the development of trans-regional cooperation between Central and South Asia.

First Deputy Director of the Institute for Strategic and Regional Studies under the President of the Republic of Uzbekistan Akramjon Nematov noted that thanks to the efforts of the international community, including regional countries, significant qualitative shifts are taking place in Afghanistan in promoting the peace process, direct inter-Afghan talks between the Afghan government and the Taliban in Doha are planned in the coming days.

Akramjon Nematov emphasized that Uzbekistan’s involvement in solving the Afghan problem is not limited to diplomatic efforts. Today, Uzbekistan makes a significant contribution to improving the socio-economic situation in Afghanistan through the implementation of specific projects in transport, economy, energy and education, supports the neighboring country in overcoming the humanitarian crisis caused by the pandemic.

Drawing attention to the significant efforts being made by Uzbekistan in the issue of resolving the situation in Afghanistan, CGSS President, Major General Khalid Amir Jaffery emphasized that Tashkent Conference, initiated by the President of Uzbekistan Sh. Mirziyoyev, played an important role in achieving the current practical results in conducting inter-Afghan negotiations.

According to him, Tashkent Declaration, signed following the conference, is a strategic document covering such key aspects of achieving long-term and sustainable peace in Afghanistan as respect for the independence, territorial integrity and national unity of Afghanistan, ensuring equal rights for all Afghans and ending violence.

Major General Jaffery emphasized that Uzbekistan and Pakistan, being neighbors of Afghanistan, and directly feeling the emerging situation in this country, can and should play a significant role in the peace process and post-conflict reconstruction of Afghanistan.

He also highlighted the initiatives of the President of Uzbekistan Shavkat Mirziyoyev on involving Afghanistan in the regional trade-economic cooperation, which makes a significant contribution to the process of stabilizing the situation in this country.

Following the conference, the participants empahsized that peace and stability in Afghanistan will create necessary conditions for the launch and implementation of large-scale trans-regional projects that can become promising “drivers” for sustainable development of the macro-region of Central and South Asia.