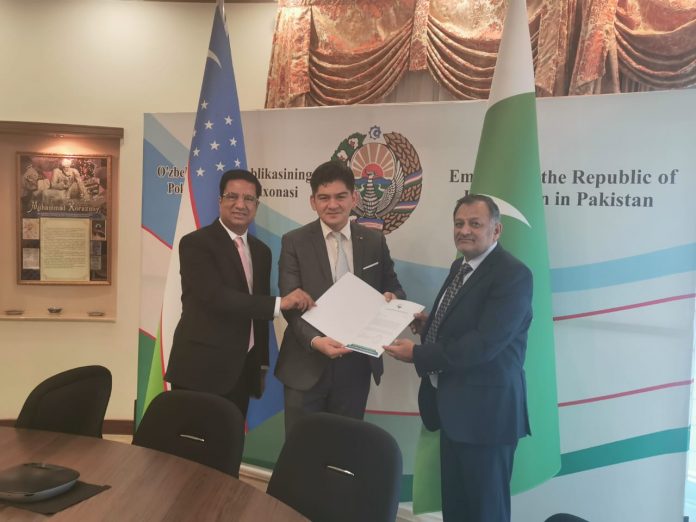 During the meeting it was decided that Embassy of Uzbekistan to Pakistan and Sialkot International Airport Limited will mutually collaborate and cooperate for the enhancement of trade and aviation industry between both the countries.

Furthermore, CGSS will act as a facilitator and act as a bridge between both the parties to boost bilateral cooperation and strengthen ties between both the brotherly nations. Sialkot International Airport Limited has the distinction of being the first privately owned public airport in Pakistan. It was built by the business community of Sialkot by their own efforts.

All three parties expressed their desire to increase trade relations between the two countries and to establish joint ventures.