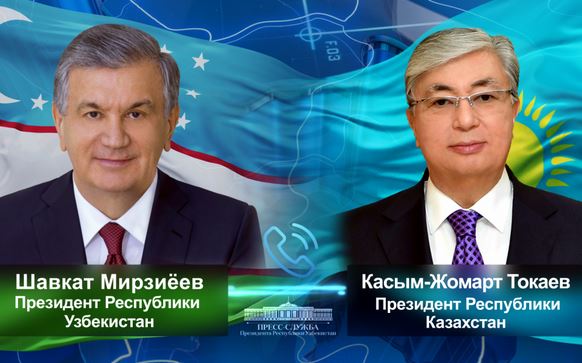 The Head of the state sincerely congratulated the President of Kazakhstan on the successful holding of an important political event – a national referendum on the issue of introducing amendments and additions to the Constitution of the country.

Current issues of further strengthening the strategic partnership and alliance between Uzbekistan and Kazakhstan were considered. Views were exchanged on the regional agenda.

The main attention was paid to the implementation of agreements at the highest level, primarily on the promotion of priority projects of bilateral trade, economic, investment, transport and communication, scientific, educational, cultural and humanitarian cooperation.

In addition, the prospects for regional interaction, the continuation of a close and fruitful dialogue within the framework of international organizations were discussed.

The telephone conversation between the Presidents of Uzbekistan and Kazakhstan took place in a traditionally friendly and businesslike atmosphere.