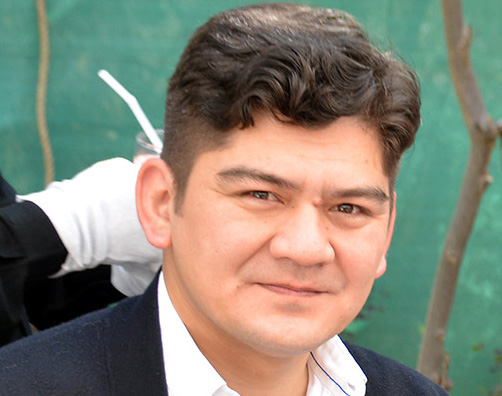 ISLAMABAD (DNA):  The Charge d’Affairs at Embassy of Uzbekistan  COL. Saadulla A Tashmatov has greeted the editor Daily Islamabad Post and Diplomatic, CENTRELINE journal and News Agency, Ansar Mehmood Bhatti on his contributions towards strengthening the Pakistan-Uzbek relations. In a letter, the Uzbek charge d’affaires said that every year on June 27, Uzbekistan celebrates media workers’ day, we congratulate every representative of Uzbek as well as Pakistani journalists on their contributions to the development of Uzbek-Pakistani relations.

It added that there is no doubt that active work of the diplomatic mission is inconceivable without strong shoulder of a brother journalist. We are grateful to your responsiveness, care and sincerity that you render to us. Despite the difficult period when the pandemic has swept the world, your firm support and assistance in properly reporting on pressing problems, achievements and victories are worthy of strong respect and honor.

The Uzbek charge d’Affaires said that we are convinced that your professionalism and sincere desire to elevate Uzbek-Pakistani relations to a new qualitative level will continue to serve as inspiration in the development and strengthening of cooperation between the two brotherly states.

The Uzbek Charge d’Affaires then wished Ansar Mehmood Bhatti for great achievements, good health and success in his endeavors and family happiness.

It may be mentioned here that Pakistan and Uzbekistan enjoy excellent relations in all fields. Bilateral relations between the two countries have witnessed some marked progress in past few years.

Ambassador Furqat Sidikov who has recently been appointed as the Deputy Foreign Minister of Uzbekistan played central role in bringing both countries even closer.

It is expected that his predecessor COL. Saadulla A Tashmatov, the Charge d Affaires will put in his best efforts to maintain this momentum and further promote and strengthen bilateral relations.