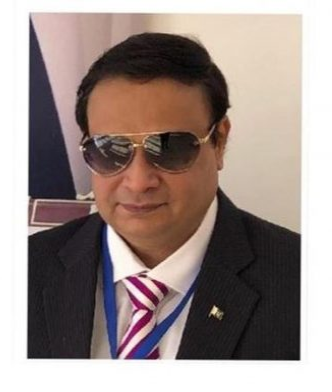 President of Uzbekistan H.E. Shavkat Mirziyoyev virtual summit with Prime Minister of Imran Khan of today is a historic event which has actually opened a new window of opportunity for both the countries to excel in diverse sectors of economy, trade & commerce, security and defense cooperation, energy & food cooperation and last but not least, collaboration in textiles and tourism.

It is culmination of Uzbekistan’s foreign policy to create peace, stability and security in the region and beyond. It reflects Uzbekistan’s President Mirziyoyev strategic foreign policy priority of 2020 based on development, good convergence and mutual beneficial relations with all the Central Asian Countries and South East Asia and especially Pakistan being the easiest and short route for greater regional connectivity. Resultantly, the volume of inter-regional trade among the Central Asian countries has increased by an average of more than 50 percent annually which shows successful of holistic conflict resolution policies of Uzbekistan’s President Mirziyoyev which is now paying its numerous socio-economic-politico dividends.

It is indeed height of commercial diplomacy of Uzbek president Mirziyoyev who has been pursuing comprehensive structural economic reforms to liberalize its macro-economy, develop private sector, seek more and more FDIs, befitting joint ventures, beneficial land reforms, assurance of private ownership, relaxation & incentives of taxes and customs duties and last but not least, pledging of national currency to international currency basket to further strengthen its face value and increase more and more exports in the days to come. It is encouraging that during (2017- 2020), more than 300 agreements contracts were signed between Uzbekistan and the countries of the region which actually has further enhanced Uzbekistan’s FDI ratios.

Both leaders discussed on various issues of mutual interest and showed their satisfaction on the different ongoing projects and results of inter-MFA political consultations and intensification of inter-parliamentary ties. Both leaders emphasized the need to further strengthening interaction within international organizations, interaction in the spheres of defense and security and last but not least, the role of Pakistan in the Afghan settlement process.

During the virtual summit because of ongoing pandemic of COVID-19 both leaders committed to expand cooperation in trade, economic, investment, transport and communication spheres and of course work jointly for the further strengthening regional connectivity.

Projects in the spheres of education, health care, culture, “ziyorat tourism were also discussed. Enhanced interaction between the leading universities of Uzbekistan and Pakistan in the fields of the textile industry, agriculture, tourism, study of the Urdu and Pashto languages were also discussed.

Being prominent regional expert of Uzbekistan & CIS I term today’s virtual summit as a giant step towards a sustainable strategic partnership between the two brotherly countries. It will definitely provide an opportunity for the development and strengthening of bilateral ties between Uzbekistan and Pakistan.

Uzbekistan president has been striving hard for further regional connectivity through holistic approach of friendly relations with all neighbors since its presidency.

His annual speech of 2020 to his nation and its key note address to the SCO clearly demonstrate importance of peace and stability in Afghanistan and regional connectivity with Pakistan through sea and road means.

In regard, Pakistan, Afghanistan, and Uzbekistan have already signed a roadmap for a multi-billion-dollar rail project that is expected to boost trade relations between Central and South Asia. CPEC mega railway project ML-I may play a decisive role for the completion of this trans-regional railways projects of three countries in the days to come.

Uzbekistan Deputy Prime Minister Sardor Umurzakov said stability and peace in Afghanistan is a key for economic growth and regional cooperation. The proposed 573km railway project will link Uzbekistan’s capital Tashkent through Afghanistan capital Kabul and Pakistan’s northern city of Peshawar. The project, which is expected to take five years for completion enjoys the backing of international lending agencies including the World Bank.

In the start of this year, the three countries signed a request seeking a loan of $4.8bn from world financial institutions for the project.

Pakistan and Uzbekistan have also agreed to form a joint working group (JWG) for future coordination in connection with “access to Pakistani seaports”.

On their visit to Pakistan, Karachi, Uzbekistan Railways Deputy Chairman Akmal Kamalov along with a delegation called on Maritime Affairs Minister Ali Zaidi. The delegation apprised the minister of their visit to the ports in Karachi and Gwadar, and discussed the way forward for cargo transportation.

The deputy chairman of Uzbekistan Railways, Akmal Kamalov, said that a significant volume of Uzbekistan’s cargo and containers would be availing the facilities at the Karachi Port Trust (KPT).

At an interaction with the visiting delegates, Maritime Affairs Minister Syed Ali Haider Zaidi assured them of providing an enabling environment to promote maritime and trade development between the two countries.

The KPT has also assured the Uzbek side that the port had sufficient capacity to handle their trade.

Previously, Uzbekistan, relies on Iranian seaport of Bandar Abbas for external trade but now seriously exploring other viable options and is prioritising Pakistani ports because of short distance, being more economical, secure and due to some other reasons.

Uzbekistan is also engaging with Pakistan on the development of two options the first is the Trans-Afghan railway project while the second is the road route via China.

In this connection, Uzbekistan showed its keen interest to join the Quadrilateral Traffic in Transit Agreement (QTTA), an agreement between China, Pakistan, Kyrgyzstan and Kazakhstan to facilitate transit traffic and trade. Pakistan has been supporting Uzbekistan in this regard also.

The road project under this agreement would provide an alternative link between Pakistan and Central Asia while bypassing Afghanistan through the Karakoram Highway which connects Gilgit-Baltistan to China’s Xinjiang region and further on to Central Asia.

Mr Khan, said that Pakis­tan’s Karachi and Gwadar ports could become “the gateway to the landlocked Central Asia as Pakistan provided the Central Asian Republics the shortest route to international seas”. Pakistan, would facilitate Uzbekistan’s access to its ports he further added.

The two foreign ministers, expressed satisfaction at the progress achieved in advancing the rail connectivity between the two countries and agreed on early completion of the Trans-Afghan railway project.

Mr Qureshi called for establishing direct air connectivity between the two countries to boost up trade and tourism. He also stressed the need for quick facilitation of visas for businessmen and tourists.

It is suggested that reciprocal Trade Houses between Tashkent and Islamabad may further accelerate mutual economic ties. A joint investment company “Pak-Uzbek Investment Company (PUIC) may be giant step towards immense infrastructural development between the two countries. Reciprocal economic free zones especially in textiles, garments, hybrid seeds, agriculture development and pharmaceutical industry would be a right step in right direction.

A joint tourism promotion company would attract more and more tourists from both sides in the days to come. Direct commercial cargo and preferential treatment to Uzbekistan’s cargos at Karachi and Gawdar Seaports would further enhance volumes of bilateral trade between the two countries. Close liaison among the education institutes and universities would be a constructive approach for the further strengthening of human and cultural ties between the two countries. Constant joint military drills, technical military education, armed forces training and production would further strengthen scope, utility and future prospects of bilateral relations between the two countries.