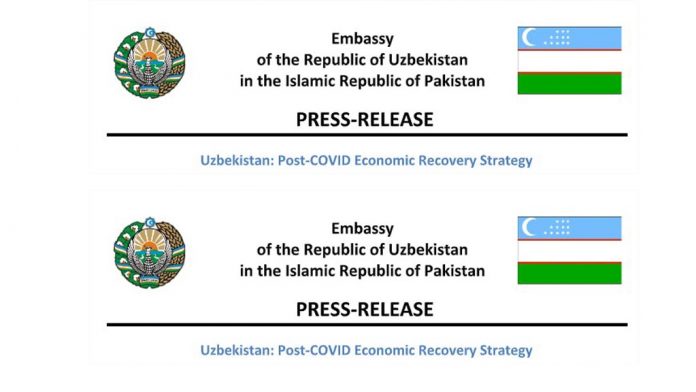 Center for Economic Research and Reforms under the

Administration of the President of the Republic of Uzbekistan

Given the high likelihood of the second wave of COVID-19 outbreak, countries still face a choice between the people and the economy. Today the task of reducing the spread rate of infections directly contradicts the task of limiting the depth of the economic recession accompanied.

In other words, a slowdown in the process of reaching the peak of infection can occur only when the economy will not operate at full capacity. In this case, the removal of workers from their jobs, social distancing of consumers reduces economic activity, which affects economic growth negatively, and through the channel of economic expectations – to the levels of investment and consumption.

Estimations show that without government intervention (containment policy), with an initial mortality rate of 2 % and reproduction rate of 50% in an overloaded health systems 1% of the world’s population can die (76 million people). However, if the quarantine and self-isolation policies are activated for a short period of time (a month or two) and 50% or more people may not be able to work, GDP may decrease by 6.5-10%.

It should be emphasized that most countries choose the intervention policy in order to smooth the epidemiological curve (the first wave was in February-April, the second one is possibly in coming autumn) in order to avoid beds and mechanical ventilation devices shortage problem in infectious diseases hospitals.

Therefore, economic recession during the fight against the spread of COVID-19 is recognized as a necessity, and at the same time, it can cause long-term economic damage, because many firms and banks may go into bankruptcy, job places may be reduced and large number of people may fall below the poverty line, and national balances loose balances. Consequently, governments can and should try to smooth out the curve of economic downturn, through their anchors of economic intervention.

Impact of pandemic on the macroeconomic balances of Uzbekistan.

The following were observed based on preliminary results of the first quarter of 2020, compared with the previous year:

-a decline in the imports of consumer goods and medicines (according to the Chinese statistics, in the first quarter of 2020, China’s exports to Uzbekistan decreased by 14.3%);

-a decrease in migrant remittances (according to World Bank forecasts remittances will decrease by 20%, the number of citizens who could not go to work abroad amounted to 143 thousand people);

-slowdown in the import of technologies, semi-finished products and raw materials (due to the temporary delays in international transportation);

-a decrease in the export of goods and services ( as a result of a decrease in external demand and prices for basic commodities, according to Chinese analysis Uzbekistan’s exports to China in the first quarter of 2020, decreased by 31.2%);

-decrease of budget revenues (as a result of reduced economic activity);

-increase in unemployment (according to opinion polls 21% of people temporarily lost their jobs);

-decrease in demand for durable goods and services (as shown by a survey by the Center for economic research and reforms, 68 % of the population believes that now it is not the time to buy durable goods, against 13 %);

-decrease in saving and investment;

-an increase in the share of non-performing debts and bank liquidity;

-increase in social responsibility of the government and pressure on the budget, government debt (the government intends to attract loans of international financial institutions which amounts to $3.1 billion);

The primary task of the government is to minimize the level of economic downturn and neutralize its negative consequences.

An analysis of world experience shows that macroeconomic tasks of many countries are aimed at stimulating, first of all, domestic demand, in particular:

– providing households with cash and partial compensation for mortgage/rent payments;

– providing temporarily dismissed or remotely working workers with salary for the period of quarantine;

– ensuring that firms have sufficient cash to pay employees, suppliers, to fulfill obligations to creditors and tenants, especially small and young enterprises, in order to avoid bankruptcies.

– support banks to avoid the transformation of the health crisis into a financial crisis.

Wherein, alternative stimulation tools can be:

Most countries take measures in accordance with the point 3.

So far, the Republic of Uzbekistan has adopted 12 decrees of the President on counteracting the negative consequences of the pandemic for the population and enterprises, aimed at supporting strategic sectors, small businesses, ensuring the stability of the state budget, ensuring the provision of medicine to the population. Meanwhile, given the high level of uncertainty in the global economy, it is expected the adoption of additional regulatory acts in the form of pragmatic responses to the development of events.

Given the interconnectedness and interdependence between sectors and agents of the economy, as well as the limited financial recourses, it is important that state support of entities having the greatest influence on the recovery process. It is assumed that this effect depends on two main indicators: (i) the multiplier effect of the industry/agents on the entire economy and (ii) the depth and volume of the decline of the industry/agents because of quarantine measures.  At the same time, state support, focused on these areas, has a relatively large direct and indirect (through increased activity in other sectors) stimulating effect on the entire economy.

The analysis of the households shows that out of 80% of the population employed in the private sector 33% are self-employed (i.e. taxi drivers, hairdressers, builders), who completely lose their sources of income during the quarantine. Therefore, in particular, it is necessary until the end of the year to maintain the measures used to stimulate domestic demand through broad measures to support incomes (benefits to low-income households, motivation for self-employment, community service, implementation of additional infrastructure projects and others).

to develop financial support mechanisms for small business workers in regions highly dependent on the activities of small enterprises in order to ensure adequate demand for products;

to take measures to resume the activities of transport and non-food trade (especially computers and communication sectors) in accordance with rules of disinfection;

to consider to issue interest-free or government guaranteed loans to small businesses (with the exception of newly created enterprises);

comprehensive support for the activities of small exporting firms;

technical and technological support for possible types of remote work (business consulting, banking and finance, insurance, trade) and measures to expand the reach of digital technologies and the Internet.

III. Domestically oriented enterprises, whose buyers lose most of their income as a result of the quarantine, as well as enterprises producing durable goods (automobiles, electrical appliances, furniture) and strategic enterprises that incur loses before shocks occur. The leading sectors of the service sector will suffer the most losses from the current situation: tourism, catering, non-food goods trade, air transportation, rail and road passenger transport, non-food consumer goods production (textiles, shoes, electrical equipment, etc). In addition, the interconnection and interdependence  analysis of the sectors of the economy shows that sectors with the highest multiplier effect and the least degree of dependence on imports include educational, financial, health, travel services, information support, research and development services, accommodation,  development of computer programs, repair of household appliances and computers, forestry, agriculture, gas clothing. Consequently, active support of these sectors of the economy is offered.

In particular, under the Presidential Decrees, measures were taken to support the business, which provided funds in the amount of 3.7 trillion sums. Within the framework of the nationwide “Charity and Support” (Saxovat va Ko’mak) movement, which is designed to efficiently dispose sponsorship and charitable funds of enterprises, 101 thousand enterprises provided social assistance to a total of more than 361 thousand families. In addition, international organizations such as the World Bank, the United Nations Development Project and others are actively conducting research to identify hot spots for the negative impact of the pandemic