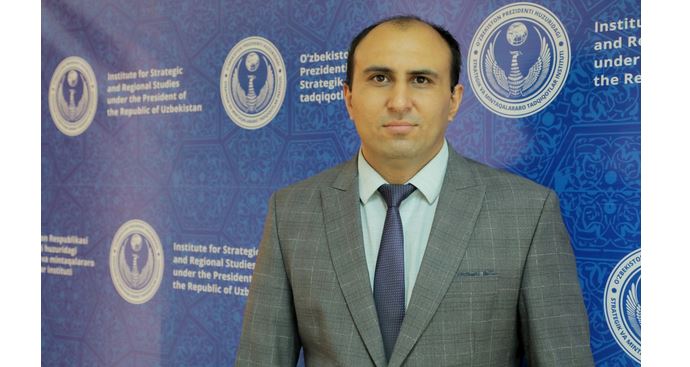 Tashkent: The IV Consultative meeting of the heads of states of Central Asia, held in Cholpon-Ata (Kyrgyzstan), has become the most important political event of recent days.

The countries of Central Asia fully supported this initiative aimed at developing joint approaches to the rational and efficient use of resources, identifying priority areas for cooperation with the international community to mitigate the effects of climate change.

This is due to the fact that all the states of the region, without exception, face the above problems. In particular, according to the IMF, over the past 30 years, the temperature in Central Asia has increased by 1.5 degrees, which is 2 times higher than the global temperature increase (0.7 degrees). As a result, by 2050, water resources in the Syrdarya basin are expected to decrease to 5%, in the Amudarya basin – up to 15%, the lack of fresh water in Central Asia may lead to a drop in regional GDP by 11%.

The Green Agenda program approved at the end of the summit is comprehensive, covering a number of topical issues of a regional nature. As its key direction, the President of Uzbekistan Shavkat Mirziyoyev proposed to give priority to the fulfillment of international obligations on the decarbonization of the economy.

The Central Asian countries, within the framework of the Paris climate agreement, have committed themselves to reduce carbon dioxide emissions by 2030. In particular, Kazakhstan will reduce emissions by 15%, Kyrgyzstan – up to 14%, Uzbekistan – 35%,

Another direction of the Program is the advanced development of alternative energy, with the organization of mutual supplies of electricity. The states of the region have a significant RES potential. The potential of solar energy in Uzbekistan is 3 thousand GW, in Kazakhstan – 3.7 thousand GW, in Turkmenistan – 655 GW. In Kyrgyzstan and Tajikistan, hydroelectric power plants account for 80-90% of electricity generation. By 2030, Uzbekistan has planned to increase the share of renewable energy sources in electricity generation to 25%, Kazakhstan – to 15%.

In Uzbekistan, by 2023 it is planned to bring the introduction of water-saving irrigation technologies from 308 thousand hectares to 1.1 million hectares, in Kazakhstan by 2025 – from 200 thousand to 420 thousand hectares.

Undoubtedly, the Green Agenda Program meets the long-term interests of the countries of the region, and its early implementation should yield positive results. Taking this into account, Sh. Mirziyoyev proposed to prepare a Plan of specific actions for its implementation.

In my opinion, the program is a logical continuation of the efforts of Uzbekistan, which consistently promotes issues of environmental protection, rational use of natural resources, transition to a “green” economy both at the regional and international levels.

Thus, the President of Uzbekistan Shavkat Mirziyoyev, in his speeches at the 75th session of the UN General Assembly, the summits of the SCO, the CIS, the ECO, the first summit of the OIC on science and technology, the Consultative meeting of the heads of state of Central Asia, called for uniting efforts to address issues related to climate change , as well as to create specific effective mechanisms for regional cooperation in this direction.

On the whole, the Consultative Meeting demonstrated that there is an understanding in the region that the issues of adaptation to the consequences of climate change and the rational use of water resources can only be resolved through joint efforts. In addition, the leaders of the countries of the region reiterated the importance of using the existing regional mechanisms to effectively solve problems in this direction.

At the same time, the implementation of the Regional Program “Green Agenda” for Central Asia will contribute to the consolidation of the countries of the region in addressing issues of adaptation to the effects of climate change. Its implementation will contribute to the restoration of ecological balance in Central Asia, improve the quality of life of the population and create new jobs.

Marat Aitov, Head of Department, Institute for Strategic and Interregional Relations under the President of the Republic of Uzbekistan.