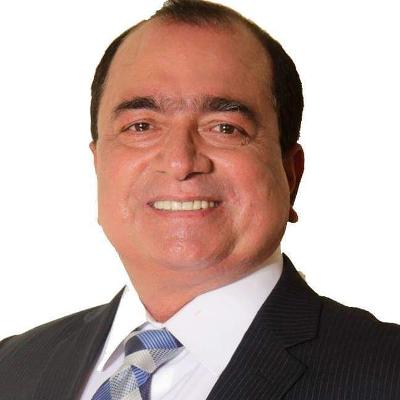 Pretending that I know nothing about February 14, I put up a post on my Facebook page asking my about 5000 ‘friends’ what is February 14 about?

Less than fifty responded hesitantly. Most of them wrote on my wall, “we have nothing to do with it” or making jokes about the post. No one dare to say that it is a day of love – a day of red roses, chocolates and red balloons. Perhaps for only one reason that, in Pakistan, the day is explicitly termed as the day promoting the pre-marital sexual relations. This is quite unfortunate.

No doubt, Valentine’s Day is mostly celebrated by the youth world over according to their social and cultural norms or may be exceeding limits in many of the cases. But, the day is the most cursed demon in Pakistan. Against the day are mostly the social hypocrites and the religious fanatics. They have their own arguments without differentiating between love and courtly lovemaking.

Every year, they start shouting on the sellers of the red rose, cards of the day, and red heart-shaped balloons which are usual gifts of the day. They have shown their rowdy and violent behaviour against the sellers of these products at many places in Pakistan in the past years. It is just because of the misconceptions denoted to the day and spread all over by the religious extremists.

Valentine’s Day has many tales associated with it. The most cited one is that the day is commemorated in memory of 3rd century Saint Valentine of Rome who was beheaded by the emperor on February 14, which has been observed as the Feast of Saint Valentine since 496 AD. From the High Middle Ages this Saints’ Day has been associated with a tradition of courtly love. However, with the evolution over the centuries, the day has emerged as a significant element of the culture around the world promoting love among men and women, and a feast for the family too.

Each year on February 14, according to world’s leading US greeting cards and gift company Hallmark, more than 170 million cards — not including packaged kids’ valentines — are exchanged. But in Pakistan, religious groups oppose the idea of celebrating Valentine’s Day and have termed it an un-Islamic practice.

The government, unfortunately, caves in to their absurd demands and Valentine’s Day celebrations in the country have been ‘banned’ through a court order. Many moderates believe that the decision should be repealed and the day may be celebrated as a feast within the social and religious limits. Renowned Islamic scholar Javed Ahmed Ghamdi has already said that the day may be adopted as we have imported other western days after excluding un-Islamic part of it. Feasts within limits are not prohibited in Islam.

A huge economic activity is also attached with this day like many other international and global days including Father’s Day, Mother’s Day and several other social and environmental days. The importance of such days is imperative in pledging our commitment to pursuing the objectivity related to the day. Celebration and feast is also significantly attached to these days just to enjoy the fun filled moments with the loved ones, and to make them memorable.

Religious fanatics — who have a habit of declaring just about everything ‘un-Islamic’ — believe that Valentine’s Day is a western concept and ‘spoils the morals of our youth’. It is very strange that conflicting concepts of jihad can be imported from extremist organisations for vested interests, but the festivals and feasts of spring are frowned upon.

Cultures, being the living phenomenon, consistently keep on attracting new additions. The local norms and values edit the parts of a fest not relevant to the society. So, the festivity goes on in the localised formats.

The Islamabad High Court in a ruling a couple of years back had ordered a ban airing the Valentine’s Day promotions. In pursuance of the orders, the Pakistan Electronic Media Regulatory Authority (PEMRA) reminds every year the TV and radio channels to comply with the court orders.

The notification says, “In the meanwhile, respondents are directed to ensure that nothing about the celebrations of Valentine’s Day and its promotion is spread on the electronic and print media. No event shall be held at official level and at any public place.”

Three years back, speaking on a TV channel, well-known Islamic scholar Javed Ahmed Ghamdi also spoke on the positive aspect of the Valentine’s Day saying, if I exactly recall, “even if it is western tradition, we can benefit from the positive approach of the day that is only meant to promote and celebrate love. And, the love can be among the siblings, spouses and parents. There shall be no harm if this day brings an opportunity for a family or spouses and those who are engaged to each other for matrimony to exchange cakes, chocolates, flowers and greeting cards expressing heart-felt sentiments, or dine out at the public places without indulging into anything contrary to social and moral values.”

The writer is a freelance journalist and broadcaster, Director Devcom-Pakistan, a policy advocacy and outreach think tank in Islamabad. His email: devcom.pakistan@gmail.com Twitter Handle: @EmmayeSyed