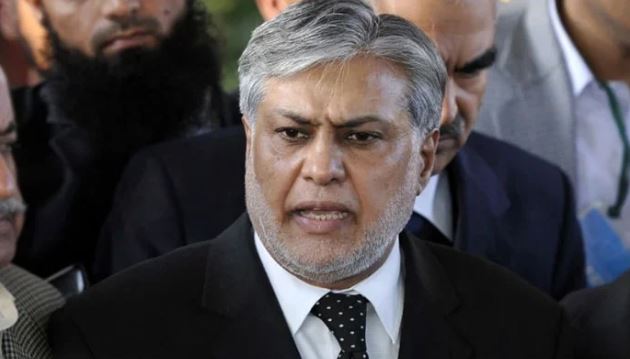 ISLAMABAD: The verdict on a petition seeking to declare PML-N member Ishaq Dar’s seat in the Senate “vacant” over his failure to take oath as a senator within 60 days of being elected has been reserved by the Election Commission of Pakistan (ECP).

During a hearing at the ECP today (Monday), Dar’s lawyer Salman Aslam Butt maintained that the notification for his client’s election as a senator was released on March 9, 2018, but the ECP “withdrew” the notification on March 29, 2018.

The notification was withdrawn in light of the Supreme Court’s orders as in May 2018, the apex court had suspended Dar’s senatorship temporarily over a plea filed by PPP’s Nawazish Pirzada.

The petitioner had requested the apex court to suspend the Lahore High Court judgement allowing Dar to contest the Senate elections.

“On January 10, 2022, Ishaq Dar was reinstated to the Senate by the ECP,” the lawyer said and asked how could his client take the oath as a senator when his victory’s notification was suspended by the election body.

“The ordinance about 60 days for taking oath does not apply on his client,” argued Dar’s counsel.

“The ordinance lapsed after completing its constitutional life,” the lawyer argued, adding that a member cannot be disqualified if he does not take the oath even for 5 years.

The provision of disqualification for not taking the oath within 2 months has been removed from the election act, he clarified.

When an ECP member asked if Ishaq Dar was ineligible before the amendment, how did he become eligible now?

“The ECP cannot interpret the law,” replied the lawyer. He maintained that the ordinance issued by the PTI government was unconstitutional.

Meanwhile, the ECP reserved its judgement and adjourned the hearing.

Dar was successfully elected to the Senate from Punjab but had yet to be administered the oath. The former finance minister has been out of the country since October 2017 on account of his medical treatment.

He has since been declared a proclaimed offender in a corruption case filed against him by the National Accountability Bureau.

However, an accountability court in the federal capital on September 23 suspended the arrest warrants of Ishaq Dar till October 7 in a case pertaining to him being a proclaimed offender.