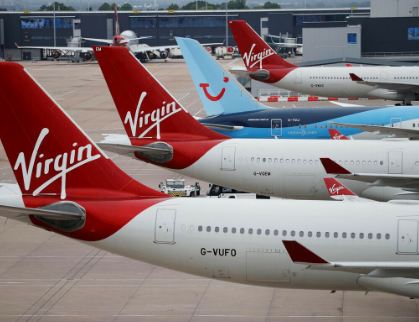 “Virgin Atlantic plays an important role in Pakistan’s aviation industry, connecting the country’s businessmen to global markets”, he said while addressing an event to mark the second anniversary of its operations in Pakistan.

Senator Faisal said that Pakistan’s business class, students and tourists were benefiting from Virgin Atlantic’s travel facilities. He said, “I would say that Virgin Atlantic has played a very important role in the economy of Pakistan. Our best wishes are with them on their second anniversary”.

Senator Ayaz, on the occasion, said that Virgin Airline was one of the major airlines of the world, which was providing excellent services in Pakistan as well.

In his message on the occasion, Alex McEwan, Virgin Atlantic’s Country Manager, South Asia said, “In these two years the airline provided travel facilities to 330,000 passengers, and and has lifted 13 million kg of cargo”.

“The past two years were very challenging, but we continued our operation even during this time”, he added.

He further said that the situation in Pakistan after the flood was improving, adding “we have also provided aid for the country’s flood victims.”

On the occasion, Munir Siddiqui, Vice President of Gerrys Group Airline Division said, “On behalf of my entire team, I want to sincerely acknowledge the efforts of those, who came forward and contributed to the success of this event”.

“We have something to celebrate today, because of the strong relations that exist between GSA, Virgin Atlantic, The Travel Trade and the local authorities in Pakistan”, he added.

He said that the challenges in the aviation industry were immense and “we, working together, have proven that we can overcome any, and all obstacles in the path to success”.

“Again I wish to thank all of you and would like to highlight the value of Gerry’s partnership with Virgin Atlantic and all of you present here”, he said.