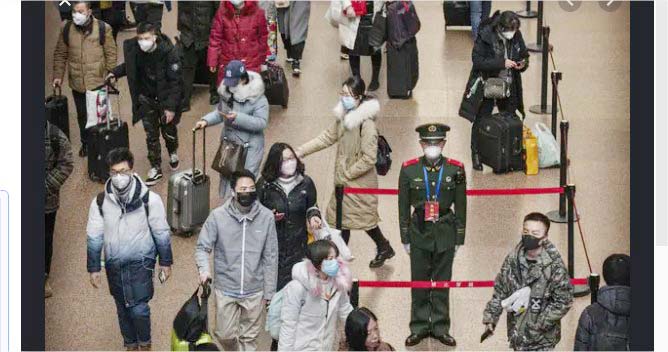 BEIJING, June 13 (DNA):Parts of Beijing were placed under lockdown on Saturday as six new domestic coronavirus cases were reported, fuelling fears of a resurgence in local transmission.

People were prevented from leaving their homes at 11 residential estates in south Beijing’s Fengtai district after most of the cases were linked to a nearby meat market, city officials said in a press briefing.

Beijing’s first COVID-19 case in two months, announced on Thursday, had visited Xinfadi meat market last week and had no recent travel history outside the city.

China’s domestic outbreak had been brought largely under control through vast, strict lockdowns that were imposed after the disease was first detected in the central city of Wuhan last year.

These measures had largely been lifted as the infection rate dropped, and the majority of cases reported in recent months were citizens living abroad who were tested as they returned home during the pandemic.

Among the six new domestic cases announced Saturday were three Xinfadi market workers, one market visitor and two employees at the China Meat Research Centre, seven kilometres (four miles) away. One of the employees had visited the market last week.

Authorities closed the market, along with another seafood market visited by one of the patients, for disinfection and sample collection on Friday.DNA