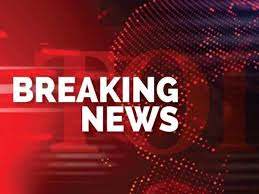 “The focus for global security will be on Russia for nuclear matters and on China for energy,” said Ambassador Najmuddin A. Shaikh. He was speaking at a webinar on “The Russia-USA Ukrainian Face-off.” It was organized by the Global and Regional Studies Centre (GRSC), IoBM, Karachi on Thursday. Among the panelists were Ambassador Javid Hussain and Major General (Rtd) Ghulam Mustafa. The moderator was Ambassador Ghulam Rasool Baluch. The experts discussed the implications of this face-off for global security.

Commenting on the crisis, Amb. Shaikh said that war is unlikely to occur to resolve the US-Ukrainian crisis. He said that the US claims Ukraine is far from becoming a part of NATO. He added that negotiations between Russia and the USA depend on the non-proliferation of nuclear weapons. Furthermore, Russia will be looking to Pakistan for opportunities for trade and advancing its economic interests. Ambassador Javid Hussain shared that the diplomatic way out is to respect the legitimate security concerns of Russia. The US-Ukrainian crisis has geopolitical consequences as the conflict relieves Western pressure from China as the Russia-NATO conflict will be in focus. The US does not have the diplomatic configuration to engage with Russia and China at the same time. He added that US withdrawal from Afghanistan reduced its self-confidence and proved that the US is not invincible.

Major General (Rtd) Ghulam Mustafa was of the view that Putin invaded Crimea and allowed the world to accept it. Putin is in a position to make a military move towards Ukraine. The West, however, will need time to retaliate. Maj Gen (Rtd) Mustafa said that the advantage is with Russia and China. The US requires time to influence events in the Black Sea and the South China Sea. Both Russia and China have land forces more agile than that of the US. He proposed that Pakistan, while forging close strategic relations with China, should find amicable working relations with the USA. In closing remarks, Amb. Baluch said that there is a need for the Global Powers to evolve world consensus for creating a Global Security Architecture based on rule of law as enshrined in the UN Charter. He further added that the future Global Economic order should be equitable and based on win-win principle. Pakistan needs to factor in the fast changing global, geo-political and geo-economic scenario in its National Security Policy, the panelists concluded.