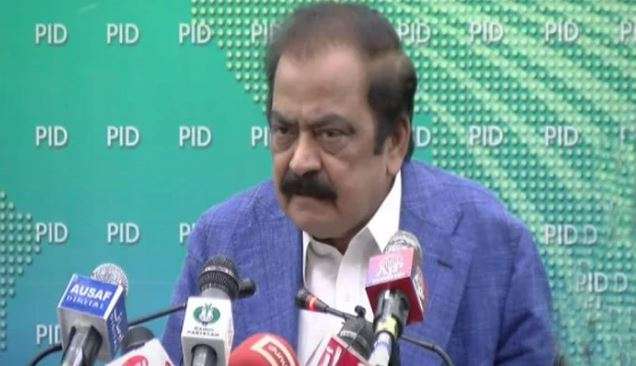 Speaking during a press conference in Islamabad, the interior minister said that Khan has started the culture of bringing huge crowds out on the streets, but the government knows how to end it. “We also know how to take a similar path,” he said.

Sanaullah said that Khan’s behaviour is not in the favour of the nation as he wants to “spread anarchy in Pakistan”.

Speaking about the October 16 by-elections — in which Khan won six of the eight National Assembly seats across Pakistan — the PML-N leader said that while the Election Commission of Pakistan (ECP) has “responsibly carried out its job in the by-polls”, Khan was busy “spreading propaganda against the chief election commissioner (CEC).”

“If Khan fails to respect our voters then he will not earn any respect from our side either,” the interior minister said, adding that the Pakistan Democratic Movement’s (PDM) members are also Pakistanis and patriots.

Sanaullah further said that people’s mandate should be respected and the decision taken by the voters should be honoured and accepted.

“The government prioritised the state over its own politics and will protect the democracy and the rule of law,” he said.

The PML-N leader said that the party supremo Nawaz Sharif will lead the next election campaign as he is the most trusted by the people.

Yesterday, Sanaullah said that the government would multiply its May 25 policy by 10 if Khan announces another long march.

The minister also said that it was “unacceptable” that anyone could come to occupy Islamabad whenever they wanted.