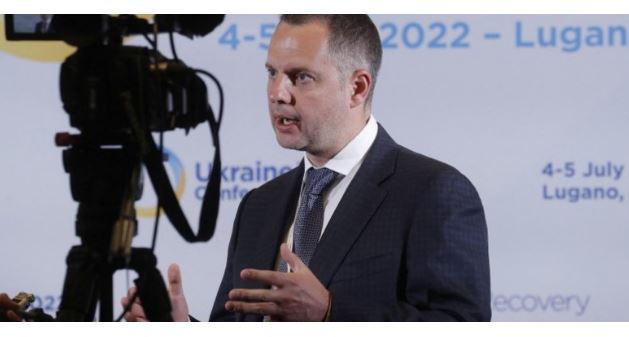 Logistics problems linked to the war with Russia, notably at seaport Odesa, hit exports, causing currency inflows to Ukraine to drop to around $2.5 billion per month from around $7 billion before the war, Rostyslav Shurma, deputy head of President Volodymyr Zelensky’s office, said on the sidelines of the Ukraine Recovery Conference.

“We are in the process with the United Nations trying to unblock this process, but I think we need much more decisive steps from our Western partners to unblock the Black Sea,” he said, seeking strong security guarantees for seaports.

He said the Ukrainian economy had shrunk by 30-40% already since Russia attacked the country on Feb. 24 and it was essential for Ukraine to have access to funding.

“It’s really critical to get $5 billion per month because otherwise, within a month or two, it will be really difficult to keep the whole system in balance,” Shurma said.

“The cost of money to Ukraine will be enormously high and no project will pay back the cost of funds for Ukraine,” he said, adding Kyiv needed political support to keep a lid on funding costs.

British Foreign Secretary Liz Truss told Reuters on Monday Britain was doing what it could to restart the Ukrainian economy and get grain exports out of Odesa.

After the war ends, Ukraine’s economy could reinvent itself as an important supplier of green energy – with a potential of up to 50 gigawatts – and food to Europe, and could become an alternative to China as a production hub, Shurma said.