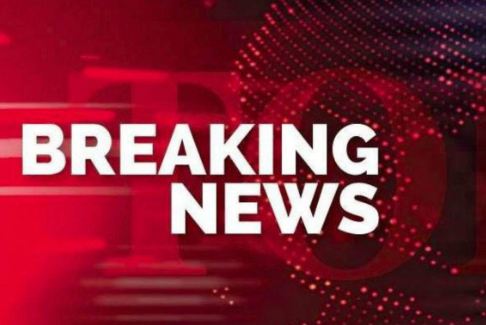 With the withdrawal of foreign forces fromAfghanistan, it was hoped that the world especially the eastern part of the globe would have at least peace at borders and within. The regional power competitors were looking for regional prosperity through development and multilateralism. However, the emerging situation in Ukraine since 2014 was a preparation for another regional chaos, which exacerbated as the Ukraine – Russia war. The US planned and secretly pushed the war to Russian borders. US since 2014, has provided around $22.1 billion to Ukraine in security assistance for training and equipment, and to help maintain its territorial integrity, secure its borders, and improve interoperability with NATO. In response to Russia’s unjustified war against Ukraine, US and its allies sided with Ukraine and supported it to safeguardit sovereignty and territorial integrity. Furthermore, other than military assistance, disinformation is also employed as one of the chief weapons to manipulate the international arena with fabrication.

Moreover, in controlling states’ behaviour, Weapon modernization – a tactic to engage the world into arm race to ensure negative peace and stability through deterrence is massively employed. On one hand, through weapon modernization, countries come under heavy debt, the donors’ economy flourish and these recipient states suffer at home due to multiple encumbrances. Security assistance in that regard is a trap by U.S. Secondly, under the banner of peace, U.S. itself is playing a role of war promoter by supplying all sorts of weapons and equipment to other states. It is arming the states with an aim to destabilize the globe at large. Despite Joe Biden’s election pledge to not “check [America’s] values at the door” when it comes to arms sales, the U.S. has increased, not decreased, its weapons sales around the world, according to a new report of Quincy Institute for Responsible Statecraft, a Washington-based thinktank. Furthermore, as per Stockholm International Peace Research Institute (SIPRI) study, the United States accounted for 39 percent of major weapons deliveries for the five-year period from 2017–21, this is twice as large as Russia’s share, and over eight times China’s share to the world market. Defense Security Cooperation Agency director James Hursch said“Russia’s invasion of Ukraine and the ongoing conflict has helped spur a greater demand for U.S. weapons, particularly from European nations who find themselves needing to replenish their own munitions stockpiles or have begun rethinking their own defense needs.”

“In this time of uncertainty, we have a clear way forward: Help Ukraine defend itself.Support the Ukrainian people.Hold Russia accountable,”Antony J. Blinken, Secretary of State said in a statement in February this year when Russia launched an offensive against Ukraine. However, U.S. arms sales would also pose challenges to its own security by promoting conflicts, provoking other regional powers, encouraging arms races, and drawing the US itself into excessive or counterproductive wars. US arms sales is also facilitating human rights abuses by associate states like India in Occupied territory i.e. Kashmir.

The definition of ‘Human’ and ‘Human Rights’ is different under western countries lens. From, last seven and half decades, the Muslims of Palestine and Kashmir are under occupation by Israel and India, but not a single western country came forward with military or security assistance. A question for Western Powers, ‘Who will hold India and Israel accountable?’.  The hypocrite nature and double standards of major international players are making this world – a war zone. The issue of Palestine and Kashmir, and aggression done by Israel and India is far graver. However, no Human Rights advocate (Western States) pushed to at least take some proactive measures to end these two prolonged occupations.

International arena is clouded with ‘Double Standards and Hypocrisy’. US always wanted to be in East because of many reasons for instance natural resources, threat to its hegemony, emergence of a powerful eastern bloc, and to counter China and Russia’s rise as global powers. Furthermore, in this reference, one of the key measures taken were also to weaken the Muslim bloc by preoccupying Muslim countries with terrorism and counter-terrorism. Pakistan – the only nuclear Muslim state is going through challenging time due to political instability and terrorism. Pakistan is suffering for being frontline non-NATO Ally in US war against terrorism. Additionally, in last few decades, we have witnessed a strong effort by some states to push propaganda against Islam and Muslims using overt and covert means including media outlets, academia, civil societies, and contaminating media(social, electronic, and print) with disinformation.