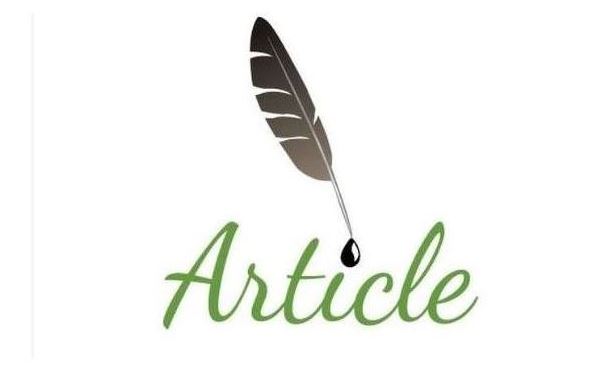 Nations vanish when they obstruct diversity of thoughts and ideas in their lands. Decline becomes their destiny when they try the dominance of single thought or philosophy, the viewpoint of the majority, for the existence in their society. It is even harmful in present times when humanity learned the power of inclusion and diversity. The learning and insight which comes from the participation of all segments of the society has been considered as invaluable for the progress and the development of any group, organization and a society. This aspect helped modern civilizations to eliminate divisions based on race, ethnicities, religions or any philosophical foundation. We learned that considering and accommodating viewpoints of others is more productive than inhibiting thoughts to proliferate at critical times, engagement is fruitful than confrontation to understand each other instead of marginalizing people to provide space forundesirable outcomes.

Recent campaign in India against Islamic scholar Abu al ‘AlaMaududi suggests suffocation and narrow-mindedness of Indian society. This decay is a result of hatred and extremism promoted by the current ruling regime in India. It is inappropriate for the largest democracy to curb autonomy of universities, a hallmark of modern-day institutions of higher learning.

According to Dr. Michael Crow the President of Arizona State University, “Universities are unique kinds of global institutions. Universities are institutions intended to be durable and enduring. When wisely designed, governed and financed, they are unique entities in a democracy and in our global society. Universities are neutral conveners, assemblers of talent, and unmatched idea factories where the passion, creativity, and idealism of great minds, young and old alike, can be applied to problem-solving and advancing our societal and economic well-being. Contemporary universities have a responsibility to transcend traditional disciplinary limitations in pursuit of intellectual fusion, and develop a culture of academic enterprise.”

George M. Sammy argued, “Institutions of higher education were all born of a search for truth and thus knowledge. In its earliest relationship, the search for and testing of ideas and theories gave rise to research. The frontiers of knowledge were pushed back, and theorizing sought the aid of experimentation as a means of proof. At the university we will not find unitary or one-way tendencies but rather multiple and cross-dimensional tendencies. Here we are dealing with divergent and conflicting tendencies in a more or less creative or fruitful tension. It is this fearless and ceaseless seeking and testing without let or hindrance that has given the university its special characteristics, and thus its influence in the world today.”

China has emerged as global power in recent times. When I decided to present a paper on Islamic finance during my visit to China to attend ‘The First Belt and Road International Finance Symposium’ atHeBeiNoraml University (HNU) on October 27-31, 2019 most of my colleagues were of the view that probably it will not be acceptable for the organizers to listen to the Islamic finance. But eventually it was a pleasant surprise for entire delegation to notice extensive interest among participants of the conference to know about Islamic banking and finance. Academics from different universities and officials from public offices took special interest, asked relevant questions and looked into the possibilities to assimilate Islamic banking and finance into their financial organizations. China also quickly adapted to the modern capitalistic approaches thus reaping benefits of modifications in their economic policies. Their hybrid approach to the democracy and the economy is an excellent example of accommodating and learning from the diversity of thoughts, philosophies, approaches and the brains from different parts of the globe.

I got the opportunity to attend a seminar in the University of Punjab on August 08, 2022 deliberating this emerging challenge for universities in India. It was indeed a surprise for most of the participants that how universities can be dictated to ban any scholar or any school of thought from scholarly analyses. Some leading academicians, development sector professionals, public sector representatives and seasoned journalists were present in the program. It was a consensus that these kinds of restrictions will certainly blemish Indian higher education institutions (HEIs) in particular and set a wrong tradition for HEIs around the globe.

It is the time for groomed, learned and liberal segments of the Indian society to campaign against such measures of strangling specific schools of thoughts to be taught in universities where student, teachers and researchers can critically evaluate, analyse, qualify, refute, reject or accept theories and ideas on the basis of academic discourses. Otherwise these discussions and reflections will find room in the streets and cafes of the society leading to repercussions which may not be subject to any discipline and control. It is equally a responsibility of universities to resist such drives throttling their independence and autonomy. Universities in India have to fight strong to maintain their academic liberty and integrity to uphold globally recognized scholastic culture of institutions of higher learning.

We hope sanity prevails in policy making circles of India and universities remain on their freedom to develop their curriculum according to intellectual and communal needs of their surrounding environment.