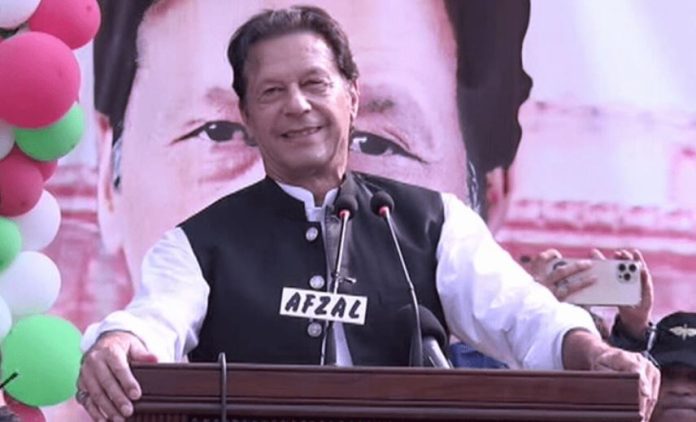 PTI chairman Imran Khan on Friday asked the “neutrals” — the term he uses for the military establishment — who was responsible for the security breach at the Prime Minister’s Office (PMO).

Imran’s statement comes after a steady stream of audio recordings surfaced of late, of allegedly candid conversations never meant to be heard by the public, of government figures in the Prime Minister’s Office.

The most recent audios purportedly feature conversations between the PTI chief and his former ministers and principal secretary about a cypher that he has for long presented as evidence of a “foreign conspiracy” to oust him from office.

Last week, a slew of audio recordings of conversations between key government figures — including Prime Minister Shehbaz Sharif, PML-N leader Maryam Nawaz and some members of the federal cabinet — were released as well raising an all-our national security concern.

He went on that if the “neutrals” were only responsible for cracking down on social media users, YouTubers, and television channels, then “who will protect the interests of the country”.

The PTI chief then addressed his supporters and reiterated that people who called themselves apolitical were, “in fact, animals”.

“More than 2,000 years ago Aristotle said that if there is injustice and tyranny in a society, then everyone should stand up against it and be political.”

Imran said that if “we say we are apolitical, then we will be responsible for the injustices in the society”.

Subsequently, the PTI chief said that he was preparing the nation for his call against the “imported and corrupt government”, saying that he would set out against them even if he had to do it alone.

“If I have no fear […] I am not afraid of going to jail or losing my life […] then the nation should also not be scared.

“I am preparing my nation today that I will under no circumstances accept these looters. So wait for my call and when I will give the call, there will be no going back,” Imran added.