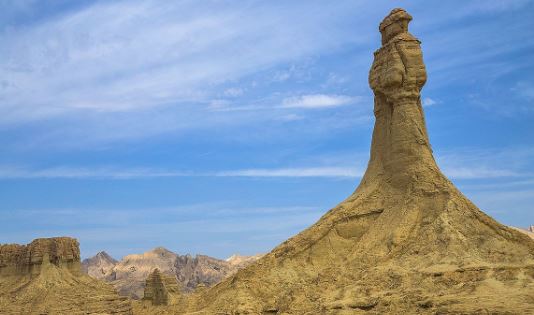 Lasbela is one of the most fertile and productive districts in Balochistan. In addition to agriculture, fishing, and animal husbandry; Lasbela is Balochistan’s only industrial and financial center. On average, Lasbela generates 90% of the province’s industrial output and 70% of its tax revenue. The planned industrialization of Lasbela began in 1984 when the government of Balochistan established the Lasbela Industrial Estates Development Authority (LIEDA) in the district to stimulate economic growth in the province.

Under the umbrella of LIEDA, five industrial parks have been established in the district along the RCD highway. The RCD Road connects Lasbela with Karachi, Gwadar, and Quetta. Despite industrialization, Lasbela is one of the most well-connected districts in the province as it is located at the gateway of Karachi.

Today, there are more than 200 industrial units operating in the district out of a total of 300 in all five industrial zones, and these units generate more than Rs 11 billion revenue from sales tax and income tax. Therefore, Lasbela is engine of economic growth for Balochistan, due to its enormous impact on the province’s economy.

Compared to other parts of Balochistan, Lasbela is also relatively stable, peaceful, and politically vibrant. Lasbela’s elite has always been part of the government (democracy or military) and won important positions in the government. The Jam of Lasbela family ruled the province for a considerable time as Jam Ghulam Qadir Khan has remained the Chief Minister of Balochistan twice from 27 April 1973 to 31 December 1974 and then from April 6, 1985, toMay 29, 1988. Similarly, Jam Mohammad Yousaf also served Balochistan as Chief Minister from March 2002 to December 2007, following his forefathers Jam Kamal Khan has also served the province as Chief Minster from August 19, 2018, to October 24, 2021. There is no such type of precedence in Balochistan that any parts of the province remain that much prominent in poor corridors.

Lasbela has very rich reserves of mineral resources. Minerals like Chromite, Marble, Onyx, a Dark Green Marble, Limestone, Shale, Zink, and Quartzite are being exploited commercially.  The well-known Duddar mine is also located in district Lasbela, tehsil Kanraj. The Duddar mine is one of the largest lead and zinc mines in Pakistan. The mine has reserves amounting to 50 million tonnes of ore grading 3.2% lead and 7% zinc thus resulting in 1.6 million tonnes of lead and 3.5 million tonnes of zinc. (en).  The mine project was jointly developed by Metallurgical Construction Group(MCC) and Pakistan Mineral Development Corporation(PDMC). The concentrates are targeted to be processed at the Hunan Zhuzhou smelter in China.

The district has all the essential ingredients for the recipe of economic development. Nevertheless, despite the above, poverty is still widespread in the district, as well as a high degree of deprivation, making it a one of the most challenging districts in Pakistan, while some studies have ranked it among the 20 poorest districts in Pakistan. It is therefore extremely shocking that despite everything, still most of the population in the district continues to be deprived of basic human rights including education, health, and access to economic opportunities.

Finally, it is even more difficult to point out the causes behind the dilemma: that widespread poverty exists in the district with all reasonable factors of economic development. However, an in-depth analysis shows that the district needs a comprehensive development plan that covers all activities to boost up its economic potential.Moreover, without genuine public participation, it appears difficult to develop Lasbela and Balochistan.

The writer teaches at the Lasbela University of Agriculture, Water and Marine Sciences (LUAWMS)