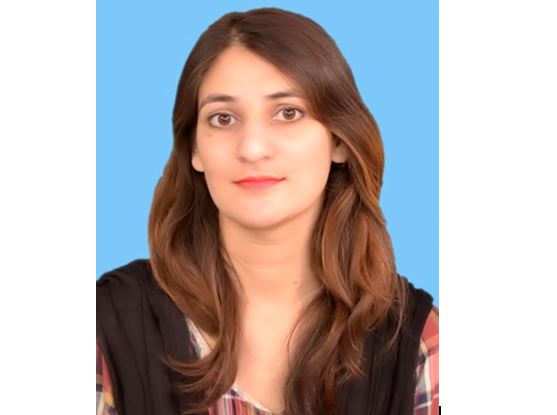 Climate change is a global phenomenon and almost every country is affected by it. According to the global climate risk index, Pakistan is the 5th most vulnerable country to climate change. The country is experiencing heat waves, reduction in agricultural growth, natural disasters, coastal erosion, and seawater intrusion. These events are changing the social and economic dynamics of the country. Pakistan is already facing an internal migration issue due to climate change and as per the data fromthe World Bank, the number of migrants will be increased to 2 million by the year 2050.

The weather pattern in the country is already changing extreme heat days are increasing and rainfall is decreasing in different areas. The weather shift is triggering a negative loop between agricultural products and livelihood. The chief mangoes grower and exporters have mentioned recently that the production of mangoes is expected to decline by 50% due to an increase in temperature and water shortage.

Pakistan is a low-income country and the majority of the population is dependent on agriculture and natural resources. According to the Ministry of Finance, nearly 62% of the country’s population is directly or indirectly linked with agriculture, and 39% of the country’s labor force is engaged in this sector. Fast melting of glaciers, increasing temperature, and irregular rainfall pattern has pushed a large population towards multidimensional poverty. Furthermore, the impact on health is also prevalent.

Among other prevalent threats caused by climate change, water scarcity is the most serious one. The 220 million population of Pakistan with a 2% annual increase rate is dependent on surface and groundwater sources. The country has already jumped from the water “stressed” to the water “scare” country. Climate change has increased water scarcity. Two major impacts of climate change are declining water flow in the Indus river and an increase in demand for water for agriculture due to an increase in temperature and evapotranspiration. A study by the International Institute of Sustainable Development (IISD) has estimated the water demand and suggests that climate change will increase the demand for water and affect other businesses.

The above-mentioned figure indicates that the country is facing serious threats on-demand side of the water. The current situation asks for urgent and efficient management of water

A recent documentary by foreign travel blogger Eva has highlighted the plight of the Mohana tribe of Sindh. This tribe is living on the water for generations and fishing is their main source of livelihood. Industrial waste and climate change have dramatically declined the fish. Indigenous people, who were almost 40,000 are now in the hundreds, and the rest of the people have migrated. Apart from migration, these people of the Mohana tribe, like many others are living below the poverty line and suffered from water-borne diseases.

Water scarcity has affected the people of big cities, provinces, coastal communities, and small villages. Pakistan is placed 3rd by the IMF in the list of water scare countries. However, the problem is a lack of attention to non-traditional threats like water scarcity and climate change. According to the World Bank, Pakistan is facing a poor water management issue and it cost the country 4% of its GDP. Furthermore, the agriculture sector is facing a decrease in productivity due to water shortage. While, on the other hand, the country has a poor irrigation system and which causes 60% of water loss.

The consequences of climate change are irreversible, however, the prevalent problems can be mitigated through planning and careful management. According to the UN report, the demand for water in Pakistan is expected to reach 374 MAF whereas the supply of water is 191 MAF. The problem with water scarcity is that this serious threat that is risking lives and livelihood is not getting due attention; neither by the media, spokesperson, or politicians. The solution is not in blaming others but inthe management of crises and building small dams. Pakistan has several policy documents related to water management but the need of the hour is to fill the gap between policies and implementation mechanisms. The simple steps like management of water waste in the agriculture sector, treatment of wastewater, raising awareness among communities, rainwater harvesting, and building small dams are all linked with water management, which can be easily handled if the government takes ownership of this crisis. However, the first and foremost need is to take ownership of this non-traditional security threat tothe country and deal with it on a priority basis.

The author is an independent researcher and hold a degree in MPhil Public policy from PIDE. She has special interests in climate change, Blue economy and water crisis.