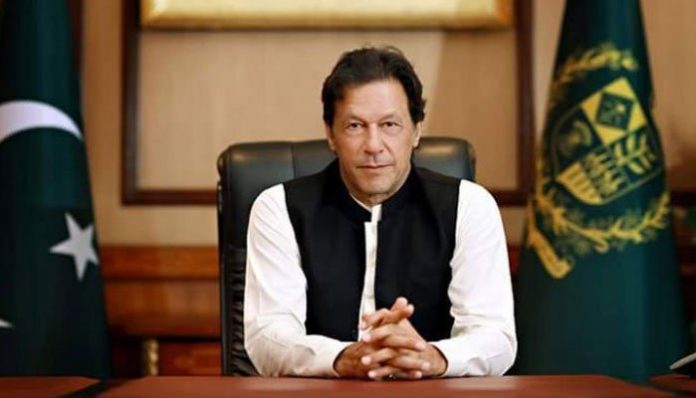 ISLAMABAD, Apr 2 (DNA):Prime Minister Imran Khan Thursday hoped that the country would overcome the coronavirus outbreak using the available resources as the current trajectory of the growth in Pakistan was relatively slower than that of the western countries.

Pakistan does not have the trajectory like other countries. We will overcome the coronavirus considering the current pace of its growth,” the prime minister said addressing a ceremony of distribution of Rs 100 billion refunds among the businessmen.

The prime minister said during the lockdown which had been extended for two weeks, the people must avoid gatherings like weddings, cinemas and sports though the educational institutes had already been closed.

However, he said amid the efforts of containing the Covid-19 disease, the government would have to create a balance allowing the industries which were essential to provide employment to the poor people.

The prime minister congratulated the finance ministry and Federal Board of Revenue for formulating a package to support the business community and daily wagers who had been affected by the closures.

He said the government could reach the formal labor but in Pakistan, majority was the informal labour; however it was struggling to reach them out through Ehsaas Program to provide them cash assistance of Rs 12,000.

He said the country could not move ahead unless the business sector flourished as it used to be in 70s when the sector was greatly incentivized.
He said the previous governments avoided the payment of tax refunds to the businessmen but the incumbent government kept it on priority.

The prime minister said he had assigned the commerce and industries ministries to contact the chambers to discuss the anti-coronavirus strategies.

He said the country’s top leadership was evaluating the situation on daily basis and devising strategies accordingly.

He announced to launch a mega package to boost the construction industry which would also create employment opportunities for the daily wagers.

In his address, Abdul Hafeez Shaikh said the emergency cash program announced by the government would benefit around millions of the poor people.

He said the pending bills of gas and electricity would be payable during next three months and the government would bear the impact.

Abdul Razzak Dawood said the Drawback of Local Taxes and Levies (DLTL) had been pending since long but the incumbent government had decided to pay it without any delay to support the business sector.

He said a package of Rs 200 billion would also be announced soon which was in final stage of preparation to uplift the business sector.

Later, the ceremony marked the distribution of cheques among the businessmen.