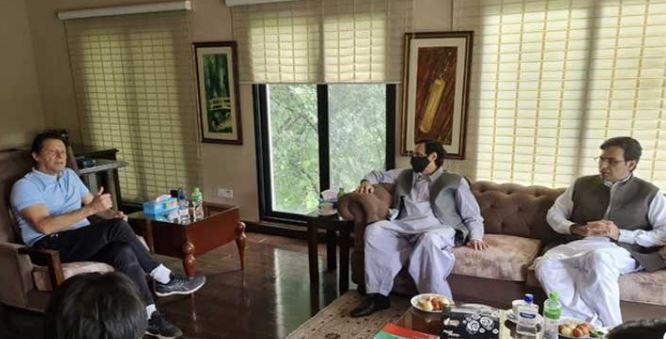 Punjab Chief Minister Elahi visited former Prime Minister Imran Khan at his Banigala residence, where the two leaders made important decisions including the election of Sabtain Khan as the new speaker of the province.

The meeting, which discussed the political and administrative state of the province, included senior leadership from the PTI as well.

Along with the speaker election, talks also centered over the formation of the Punjab cabinet and the election of a new deputy speaker.

A decision was also taken regarding important appointments in the province.