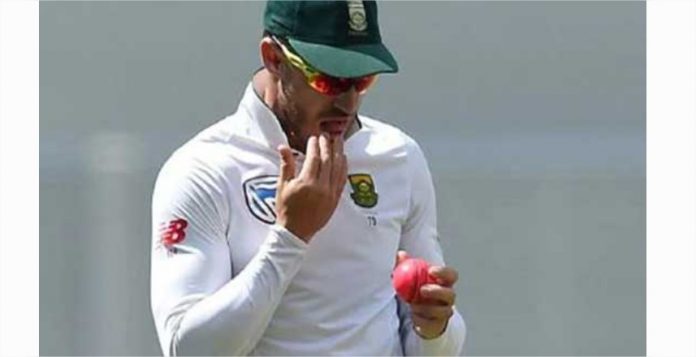 LONDON – An International Cricket Council board meeting on Wednesday could see the global governing body uphold a recommendation to prohibit the use of saliva in order to stop the transmission of the coronavirus.

Bowlers traditionally get the ball to move or swing in the air, thereby making it harder for batsmen to hit, by applying shine to one side via sweat — which can still be used — or saliva.

However, as a temporary measure to combat COVID-19, the ICC’s cricket committee has suggested banning the use of saliva.

One of the most extraordinary individual performances in cricket history saw Australia swing bowler Bob Massie take 16 for 137 on his Test debut against England at Lord’s in 1972.

Yet Massie won just five more caps and took only 15 more wickets, with the bowler himself saying he had struggled on a subsequent tour of the West Indies where he adjusted his action and was never the same cricketer again.

Massie’s remarkable maiden Test and the lavish swing he generated at Lord’s led to suggestions he’d applied lip salve to the ball in order to maintain the shine — an accusation he has always denied.

It used to be thought that as a cricket ball got older it would swing less.

But a technique pioneered by Pakistan paceman Sarfraz Nawaz, partly in response to the slow and batsmen-friendly pitches of his homeland, led to the development of reverse swing.

“Just using sweat won’t be of much help because that will only make the ball wet and that shine will be missing,” said Sarfraz.

Sarfraz confused a succession of batsmen by bowling in-swingers with an old ball.

He helped compatriot Imran Khan add reverse swing to his armoury and in the 1990s there were probably no better exponents than the Pakistan fast-bowling duo of Wasim Akram and Waqar Younis.

In 1992, the pair took 43 wickets between them as Pakistan won a five-match Test series in England 2-1.