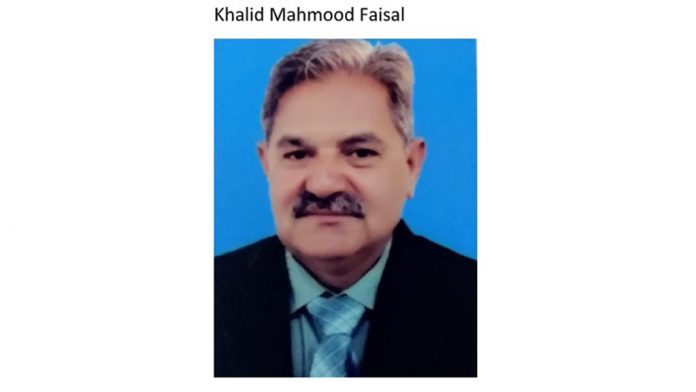 It is considered that future of South Asia is bright in all respects and Afghan people can only cash in on this opportunity only when they are united. One belt one road  vision introduced by China is also knocking at the door of Afghanistan therefore it is up to the Afghan government and people of Afghanistan to try to seize this moment before it gets too late. Stability in Afghanistan is a must for stability in the region. Let us hope peace shall soon return of Afghanistan.

Afghanistan is a land of holly warriors; it is situated at the crossroads of South and Central states. It has history of wars and peace. The landlocked state has to depend on its neighbor; Pakistan is a country which has been providing facility to public as well as government for trade and other social activities. Recently, Islamabad played a vital role to facilitate the parties sit on the table for dialogue in Doha. Taliban leadership and United Sates officials carried out dialogue, a successful accord will bring hope to establish peace in the region. Astonishingly, the sitting Afghan government had been ignored during the dialogue process. President Ghani showed his reaction for not giving seat in Doha meeting, why he had been neglected? Reason was not given by the relevant authority who managed the meeting of Taliban with US officials. It is feared that Client government in Afghanistan would create hurdles to release the Taliban prisoners as per terms and conditions of accord settled among parties.  It’s assumed among masses of Afghan society that again civil war would erupt between among groups. The public of Afghan had paid high price of civil war in the past. The fabrics of society based on ethnic, tribal lines, they prefer the order of tribal chief instead of rule of law. Unfortunately, son of soil in security forces has been targeted by Taliban forces after the said agreement of peace on soil. The situation may accelerate the enmity among tribes, which would be an obstacle to restore peace in the state.

In the past the fighting between Durrani and Glayzai tribes paved way for Taliban to come into power in Afghanistan. Deadly, tenure of Taliban having negative impact on society, which has been divided more in sectarian and ethnic lines. Iran, who had been supporting mujahideen without any discrimination in cold war which  was fought on Afghan land, millions of migrants were rendered refugees in Iran.

No one can deny of civilian causalities during drive of captured cities by Northern alliance, and Taliban forces in various cities of Afghanistan. Furthermore, Islamic laws imposed by Taliban through Kabil radio in 1996 created suffocation for public who was not ready for such orders. Majority of public who is living under the poverty line was not able to mould iself just on announcement on radio.

It is claimed that peace had been established in entire state by Taliban, instead of  remarkable development only three sovereign states had government  of Taliban. The head of party Mullah Umer neither conducted press conference nor issued a single press release during his tenure. The tragic incident of 9/11 brought a horrible situation for poor masses. The lack of job opportunities disappointed youths. All inhuman methods of war were applied on innocent citizens. The infrastructure of state was destroyed by big powers during wars.  However, it’s a blessing for the public that during previous planted government the foreign investment poured in.  China made huge investments in mines industry, like this other neighbor countries also built roads, hospitals, schools, lot of international non- government organizations are serving here, but unless the government does not recognize its responsibilities, the dream of social, economic development could not be come true across the country.

The jirga approved the new Constitution of Afghanistan, which is really a binding force for all clans. It is headway for social and economic development.  Now is time for intelligentsia to come forward for dialogue among educated class, to build the state institutions as earlier as possible. Luckily, few models for socio- economic development are present in neighboring countries which would be help full for society in this respect.

History speaks that Afghan nation always stood on victory stand and three super powers have been defeated by this nation. But if your women, girls, or old citizen are found begging in anywhere, how you will feel? State has lot of natural, manpower resources; it can be multiplied with joint efforts.

For a moment dialogue between Kabul and Taliban was suspended, however some saner voices intervened and now the Afghan government has agreed to released 100 Taliban prisoners.

In current scenario all Afghan factions need to  sit on the table for resolving all issues, amicably; otherwise train will be missed. The entire world is suffering from epidemic virus; Not even a single state is in a position to help you out, especially pouring dollars on your land.

It is considered that future of South Asia is bright in all respects and Afghan people can only cash in on this opportunity only when they are united. One belt one road  vision introduced by China is also knocking at the door of Afghanistan therefore it is up to the Afghan government and people of Afghanistan to try to seize this moment before it gets too late. Stability in Afghanistan is a must for stability in the region. Let us hope peace shall soon return of Afghanistan.