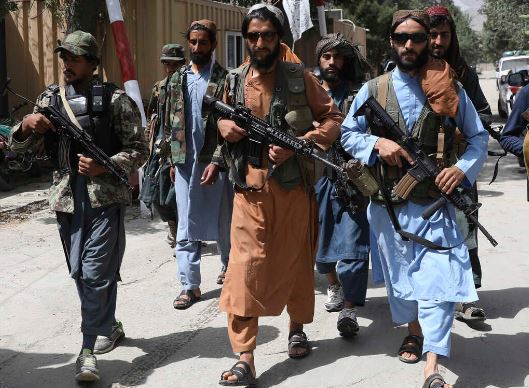 Amidst arising violation of human rights, the Taliban rulers in Afghanistan are also facing pressure of international community, asking for an acceptable coalition government. Though Taliban leaders are reluctant to do so but continuous silence on the part of US lead allies and some of Afghan leaders stranded in Kabul likely force them ( Taliban ) to bow.

Couple of days, protests in Oslo, Norway against presence of Anas Haqqani in Afghanistan delegation and five Central Asian Republic and India’s joint demand for a broad based coalition are the first instances of growing pressure against Pakistan backed Taliban. In the wake of Oslo Norway protests, the war scattered Afghans throughout the world are now motivating each others for staging similar protests against Taliban representatives, diplomats and delegations in respective stations or countries.

Contrary to last half of previous 90’s, handling situation for Taliban leaders is not an easy task. Likewise, it is also hard for Pakistan or its secret agencies to camouflage its “interference” in internal affairs of Afghanistan or its patronization of Taliban, especially the hard core militants calling as Haqqani Network. Even inside Afghanistan, the common Afghans-mostly women are staging protests against Human rights abuse.

In recent reports, Taliban confirmed removal over 2500 people from their jobs on political grounds. But the Afghans believes that strength of fired employees is much more. Thousands of others are reluctant to attend offices or go on duties. Over 40 per cent of media outlets have been closed completely whereas over 40 per cent others are running in very ill fated positions. Almost foreign funded Non Government Organisaions have been winded off. Due to International sanctions, banks are facing hardships in transactions. Almost trade, business and other economic activities are in trouble. Bilateral trade, especially exports from Afghanistan to neighbouring countries like Pakistan, Iran and other Central Asian Republics are on decline. Every day thousands of people in search of “survival and fortune” are making routes towards Pakistan, Iran and other foreign countries. Not only others but even the UN has declared “situation in Afghanistan is worsening day by day.”

Reports from inside Afghanistan reveal that Taliban are reluctant to share powers with any other politico-religious Jihadic groups. Even Taliban are insisting on action and accountability against all Jihadic, political and religious groups including Hizbe Islami Afghanistan headed by Hekmatyar, Jamiat Islami headed by Salah Ud din Rabbani and others. Even leaders like former President Hamid Karzai, ex-Chief Executive Dr. Abdullah Abdullah, and others along with other fellows and followers are considered “hostages” and forced to defend Taliban policies.

So far a person from Hazara community educated from US was inducted in the cabinet whereas they are reluctant to honour international community demands for adjusting representatives from other rival political and religious groups. So far Taliban allows, people from other school of thoughts who are in links with Haqqani network through Pakistani groups like Sepah Sahaba, Jesh Muhammad, Jamiat Ahli Hadith, Lashkar Tayyaba and Lashkar Janghavi to function.

Economic sanctions and economic hardships of common people is believed to be the only compulsion of Taliban. And through properly handling “the economic compulsions” world community could easily force Taliban to share power, go for establishing a broad based coalition government and respect the human rights.

At the moment, almost top leaders of Afghanistan are abroad but scattered. Some of them could easily make assemble the scattered countrymen in different Western and European countries. And through assembling or making united these scattered political activists, the global community could easily get its objectives which might be “return of durable and sustainable” peace in war devastated Afghanistan.