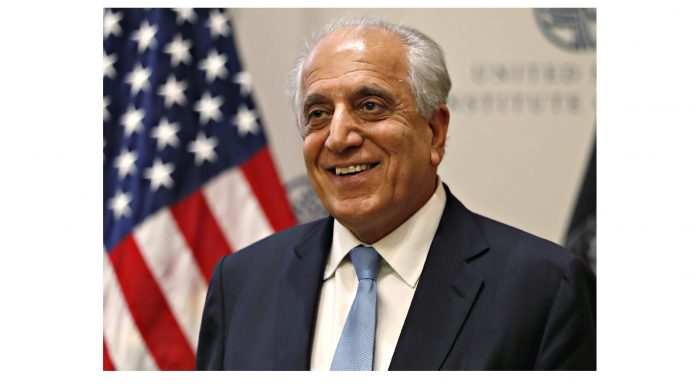 ISLAMABAD: Ambassador Zalmay Khalilzad, US Special Representative for Afghanistan Reconciliation  has appreciated Pakistan’s role in the ongoing peace process and said that it could not have succeeded without Pakistan’s sincere and unconditional support.

The army chief said, that Prime Minister Imran Khan has given clear vision regarding peace and connectivity in the region and all elements of national power are united towards making that vision a reality to ensure long awaited peace, progress and prosperity in the region.

Both sides discussed matters of mutual interest, regional security, and ongoing Afghan Reconciliation Process were discussed during the meeting.

The US special representative arrived in Islamabad on a special plane along with a three-member delegation directly from Doha. Zalmay Khalilzad will hold important meetings with the top political and military leadership of Pakistan during his stay in the country.

He arrived in Islamabad to discuss important issues with the Pakistani leadership during talks between Afghan factions in Doha. He will seek guidance from Pakistan on the reconciliation process.

The visit of the US Special Envoy to Pakistan after the peace talks between the Taliban and the Afghans is being described as of utmost importance.