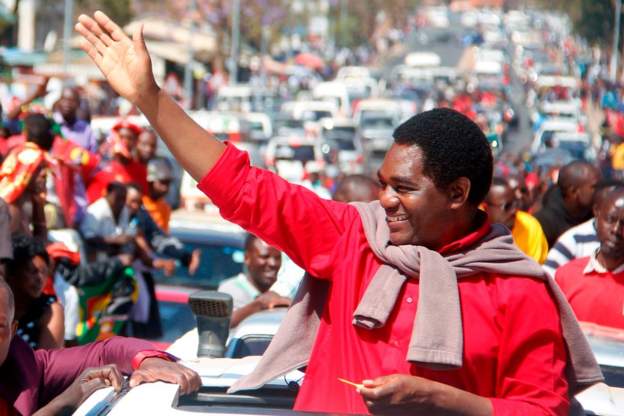 The leader of Zambia’s biggest opposition party, Hakainde Hichilema, has alleged the government is plotting to kill him.

Mr Hichilema is facing accusations of using his position as a consultant during the country’s privatisation of state-owned entities to enrich himself.

The accusations are spearheaded by former Finance Minister Edith Nawakwi who is now the leader of another opposition party.

Although the privatisation happened in the 90s, the government has said it is “disturbed” by the accusations.

Mr Hichilema on Monday said there was more to the accusations.

“The truth is they want to have access to my physical body so that they can eliminate me. Their plan is to arrest and then kill me. But do l have to die for anyone to be in power?” he said in a statement.

He accused the ruling Patriotic Front party of getting desperate ahead of next year’s general elections.

“If offering myself to serve the country that l love so much and growing increasingly popular are grave offences for which l must lose my life, so be it. I am not afraid,” Mr Hichilema added.

Information minister and government spokesperson Dora Siliya on Monday said the government was studying the accusations “and is following closely the reaction by the citizens who are the true owners of the property in question.”

In 2017 Mr Hichilema spent a 100 days in prison after he was charged with treason with five others for allegedly blocking a presidential motorcade in western Zambia.

The charges were however dropped and Mr Hichilema was released in a deal that was negotiated by the Commonwealth.