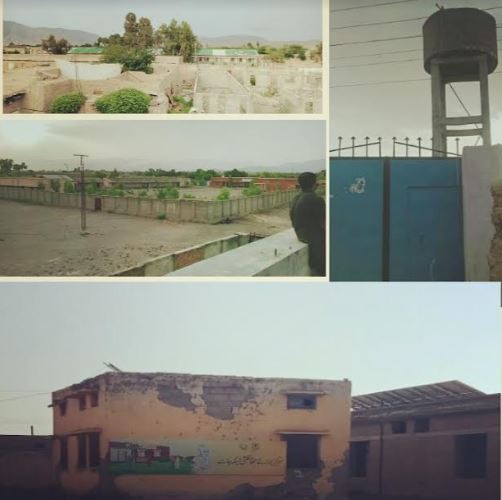 WANA: /DNA/ – The village Dubkot, located at a distance of three kilometers near FC and DC compound, has disappeared from the eyes of the civil and military leadership.  ,

A government middle school for boys and another higher secondary school for girls have been built in the village of Dubkot, but despite this, the lack of quality education in the school continues.  At the same time, there is no clean drinking water in the school, no electricity,  and other class four employees.

The building of Government Middle School Dubkot for Boy is in dilapidated condition and lacks all facilities. About 300 children are studying in the school for which no water is provided and no class force employees are performing their duties. Faqir Muhammad and Zainullah.  Khojal Khel told the media that protests have been recorded many times to make the said educational institution active, but the education department and the civil administration are not missing a beat.

Zarbat Khan Wazir stated that there is a lot of problems of clean drinking water in the village of Dubkot.  There are some who say that the people of Armi have given me as a caste and some say that Naseer has given me for the sake of friendship.  In this regard, the residents of the area demand an investigation regarding these dugwells.

On the other hand, the building of the Dubkot dispensary is in a dilapidated condition, in which no medicines are available and no doctors are attending. The people belonging to the Khojal Khel tribe demanded the government to find an immediate solution keeping in mind the above mentioned problems.