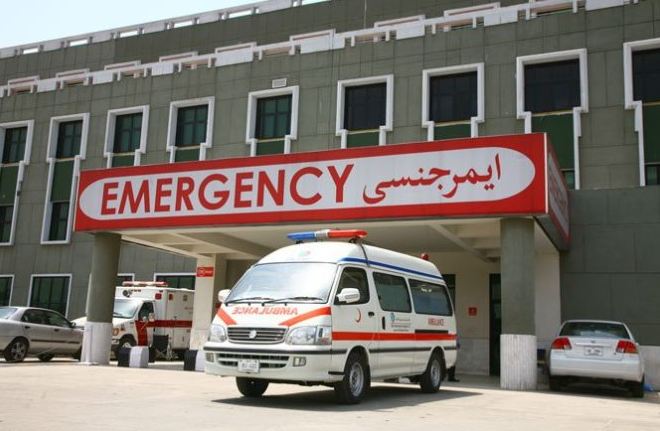 RAWALPINDI: Three soldiers were martyred and two terrorists gunned down Thursday after an intense exchange of fire in a district in Khyber Pakhtunkhwa — which is hit by a fresh wave of terrorism.

In its statement, the Inter-Services Public Relations (ISPR) mentioned that the troops fought bravely and effectively engaged the terrorists‘ location in Kurram district’s Arawali area.

Weapons and ammunition were also recovered from the killed terrorists who remained actively involved in terror-related activities against security forces, the military’s media wing mentioned.

“Sanitisation of the area is being carried out to eliminate any terrorists found in the area,” the ISPR wrote.

The military, in its statement, said that the Pakistan Army is “determined to eliminate the menace of terrorism” and such sacrifices of our brave soldiers further strengthen our resolve.

Meanwhile, Prime Minister Shehbaz Sharif has summoned a meeting of the National Security Committee on Friday to review the security situation in the country following a suicide blast in Islamabad and a spate of terrorist attacks in Balochistan.

The civil and military leadership will attend the NSC meeting. A number of federal ministers will be in attendance. Army Chief General AsimMunir, director general military operations, chairman Joint Chiefs of Staff committee, naval and air force chiefs will also attend the meeting.

Military officials will brief the huddle on internal security and situation at the borders. The meeting is expected to frame a comprehensive strategy against the terrorism and important decisions are expected in the meeting.

For the past few weeks, Pakistan has witnessed a fresh wave of terrorism with the most recent spate of terror attacks carried out in Balochistan and Khyber Pakhtunkhwa.

On Wednesday, Pakistan Army’s top brass resolved to uproot terrorism “without any distinction” as the country battles a fresh wave of insurgency, which has left many soldiers martyred and several others injured.

Earlier this week, Prime Minister Shehbaz Sharif, too, reiterated his resolve to uproot the menace of terrorism by using all available resources.

The premier said he would take all possible steps to control terrorism in all its forms in the country.