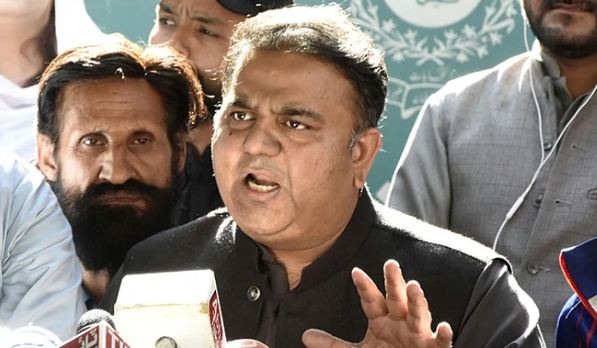 In the first phase, PTI’s lawmakers would lead the protests for three weeks

LAHORE: The Pakistan Tehrkeek-e-Insaf (PTI) announced Thursday it would start a country-wide protest movement starting today (Friday) as the party seeks to force the coalition government into early elections.

The PTI has been repeatedly calling for snap elections since ex-prime minister Imran Khan’s ouster in April as it refuses to go back to the National Assembly and keeps on stressing that “early polls” are the only solution to the country’s ongoing crisis.

“From Friday, country-wide protests will start against rising inflation, deteriorating economy, and shortage of gas,” PTI Senior Vice President Fawad Chaudhry told journalists in Lahore after the party’s high-level meeting with Khan in the chair.

In the first phase, Fawad said PTI’s members of national and provincial assemblies would lead the protests for three weeks in their constituencies across the country.

“After three weeks, Imran Khan will join the campaign and this process will continue till this government is ousted,” the PTI leader said, asking the nation to join hands with the party.

The announcement to return to the streets comes after PTI’s chief in November called off the long march in Rawalpindi and announced plans for the dissolution of the Punjab and Khyber Pakhtunkhwa assemblies, but it is yet to materialise.

The dissolution of the KP Assembly has been linked to Punjab, whose disbandment plans hit a snag last week when the Lahore High Court reinstated ParvezElahi as Punjab’s chief minister and ordered him to not dissolve the legislative.

Fawad said PTI and its ally, Pakistan Muslim League-Quaid (PML-Q), have a majority — 190 lawmakers — in the Punjab Assembly, and they are currently mulling over the vote of confidence.

“We will try that CM Elahi takes a vote of confidence before January 11. 177 Punjab Assembly lawmakers are in contact with us,” the former information minister said.

He also blamed Punjab Governor Baligh-ur-Rehman for becoming part of “a conspiracy” in de-notifying Elahi as the chief minister. “The governor and the chief secretary will have to come to the assembly and answer for their actions.”