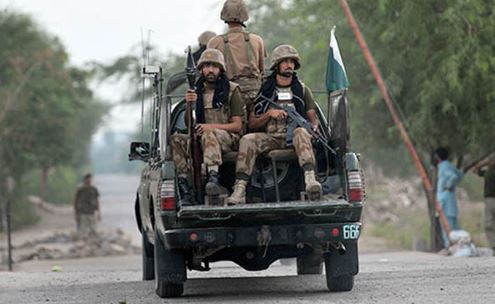 RAWALPINDI: On 26 Jun 2022 fire exchange took pIace between Security Forces and terrorists in general area Ghulam Khan KaIle, North Waziristan District. Troops effectively engaged the terrorists and resultantly, 7 of them were killed. Weapons and ammunition was also recovered from the killed terrorists who remained actively involved in several terrorist activities against security forces.

Area clearance is being carried out to eliminate any other terrorists found in the vicinity.