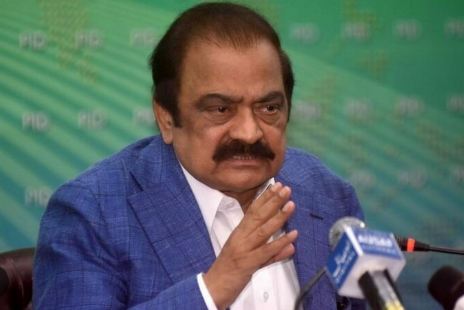 ISLAMABAD: Interior Minister Rana Sanaullah has said that the number of Tehreek-e-Taliban Pakistan (TTP) fighters in the region was between 7,000 to 10,000, adding that some of the militants who had previously laid down arms have now secretly resumed activities.

In an interview he revealed that there were around 7,000 to 10,000 TTP fighters in the region and they were accompanied by 25,000 members of their families.Sanaullah pointed out that some locals were also involved in crimes such as extortion and blackmail and alleged that the provincial government had failed to stop them.

“The biggest reason for this is the failure of [the] Khyber Pakhtunkhwa government and Counter Terrorism Department […] It is their job to stop it.”